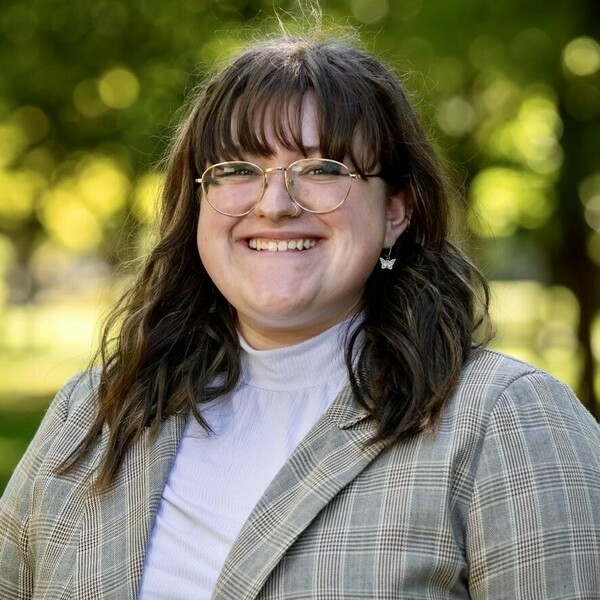 Isabella is a Senior from Flagstaff, Arizona, majoring in political science and Arabic and minoring in theology. She now lives off campus, but is a proud former resident of Badin Hall.

She is involved as the Director of Academic Affairs in Notre Dame’s Student Government, President of the Humor Artists (Improv Comedy troupe), and she’s a Dean's Fellow in the College of Arts and Letters. She also is a Teach for America IGNITE fellow. Isabella studied abroad in Jerusalem in Spring 2022.

She has also previously done research on campus as an international constitutional research in the Department of Political Science and as a Research Apprentice in the Notre Dame American Politics Research Lab under the direction of Dr. Matthew Hall, Director of the Rooney Center on campus.

Isabella’s favorite Notre Dame tradition is the giant snowball fight after the first snow. That is followed immediately by the thunderous applause that follows people when they drop a cup in South Dining Hall.

Among other things, you can ask Isabella about getting involved in any type of club and balancing it when it has nothing to do with your major, being a low income student at Notre Dame, being pre-law at Notre Dame, balancing life and schoolwork and sleep, where to get the best coffee/ oat milk latte on campus, and anything political science/Arabic (or other small language department)/theology related!