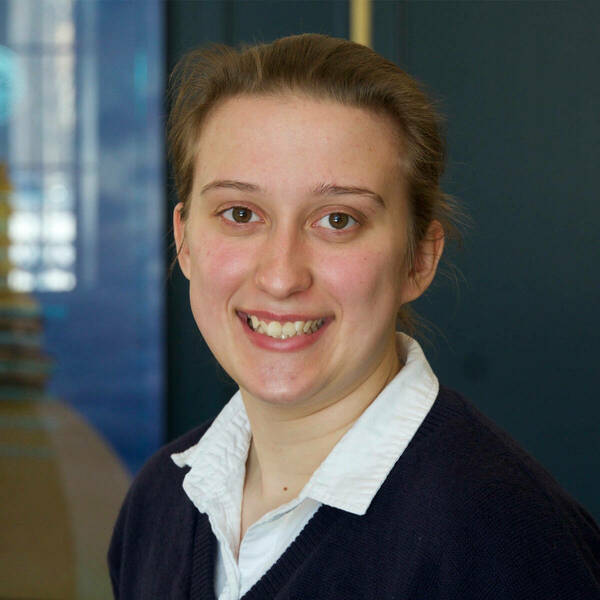 Taylor is a sophomore from Nashville, Tennessee majoring in Gender Studies.

On campus, she lives in Lyons Hall. In regard to Lyons, she says, “Lyons’s motto is ‘Kindness. Gentleness. Self-Sacrifice,’ and I think just about every person is representative of that. Whether that be in random conversations in each other’s doorways or in study groups in our respective lounges, the students in Lyons are the most caring and kind people you will find on Notre Dame’s campus. Also, Lyons has a wonderful view of St. Mary’s Lake, which is extra pretty during the wintertime.”

In addition to being an admissions intern, Taylor also works as a Tour Guide and as a Friendly Uniform and Instrument Custodian (or FUIC for short) for the Band of the Fighting Irish in which they are a member of the Trumpet Section, the 2021-22 Section of the Year! She is also the Lyons Hall Mental Health Commissioner for this academic year and works closely with the McDonald Center for Student Wellbeing to promote wellness in the hall. She also performs in Acousticafé, which is an event run through the Student Union Board where students can perform anything from singing to comedy acts for their peers. .

Taylor’s favorite Notre Dame Tradition is March Out (or Step Off depending on what you prefer) where the Band marches from the Golden Dome to Notre Dame Stadium on game days. Once the Band gets to the stadium, it’s only a matter of time before they trot out of the tunnel and begin the pregame show. The atmosphere is absolutely electric, and there is truly nothing like it!

Among other things, you can ask Taylor about attending Notre Dame as a QuestBridge Scholar, the major discernment process, marching band, and how wonderful the Gender Studies major and department are!