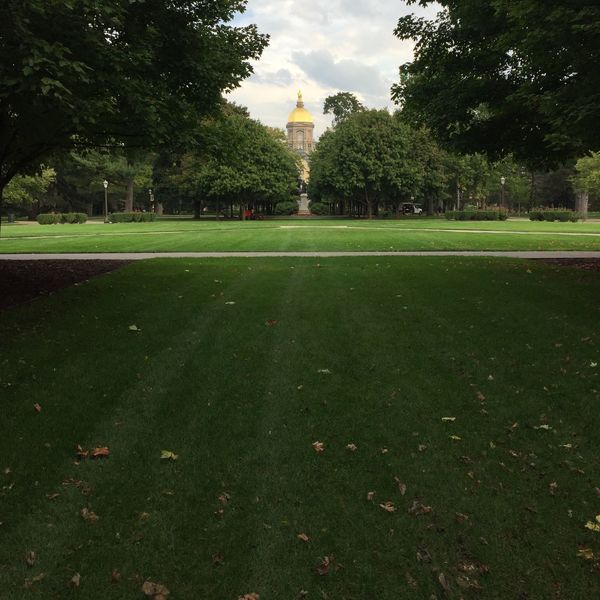 Midterms are starting to kick in, so welcome to a belated week four recap of my training series! If you're new, head over to my first post to learn more about the Holy Half by clicking here!

Like I mentioned, with midterms starting up, life has been crazy busy! Not to mention the fact that I've also had numerous group projects due, which is a topic for another post. The stress of this past week has made running just another tick on my to-do list and therefore, it has lost some of the small amount of enjoyment I was starting to have for the activity.

After mostly getting used to running two miles at time, this was easy! It was so easy that I also decided to use the Nike Training Club app (which features workouts that require body weight or some equipment such as dumbells and free weights) to do a 15 minute strictly legs workout called Balancing Bears. That was my biggest mistake. At the time, it wasn't too bad. However, I felt the effects of the Balancing Bears well into Wednesday which made living on the fourth floor of my dorm the most inconvenient situation.

As you probably remember if you've been following my runs, I. Hate. Speed. Trials. And being sore from the Balancing Bears workout did not add any joy to this run. Thus far, nothing has changed about my attitude toward sprinting! I still dread these workouts mostly because I don't understand how to effectively run them. I'm hoping that someday I don't dread them nearly as much, but we will see!

I am proud to say that I have officially gotten used to running two miles at a time! It is incredible how I look forward to runs that are "only 2.25 miles" when I used to dread running more than one mile at a time. I think it goes to prove that we are often stronger than we believe we are and we grow as people most when we are subjected to tough times.

I will not lie and say that I was looking forward to this run. In fact, I considered pushing it off until Saturday or Sunday, which is the worst sign in my running habits because if I push a run back, it is harder to run it the next day. However, I forced myself to run it Friday morning and even more, I used the Nike Training Club app to do a pre-run yoga practice called Run Ready Yoga to stretch out and a post-run cool down stretching program called Opening Time. This run actually ended up being the best run I've had in a while! Mostly because I was able to watch the latest episode of my favorite show, "Bones," while I ran on the treadmill. Because of this, I was able to do more than the required 4.75 miles and it felt great! It showed me that, regardless of my negative feelings toward running, I was improving and gaining stamina.

Overall, this week showed me that it is important to make time for important things, regardless of how busy you might be. This half marathon is important to me and even though I was super busy, I made time for it and it paid off by allowing me to run further than I ever have! So, even when the going gets tough, prioritize and make time for the things that will help you grow as a person!