“Xie xie” is the Chinese word for thank you – it would seem to be the obvious and correct response when someone compliments you. The word “nali” in Chinese, however, translates to “where”. When one is offered a compliment, this is the polite and humble response to defer praise, similar to responding “where? what are you talking about?” as though one could not be the object of this praise because it is too great. 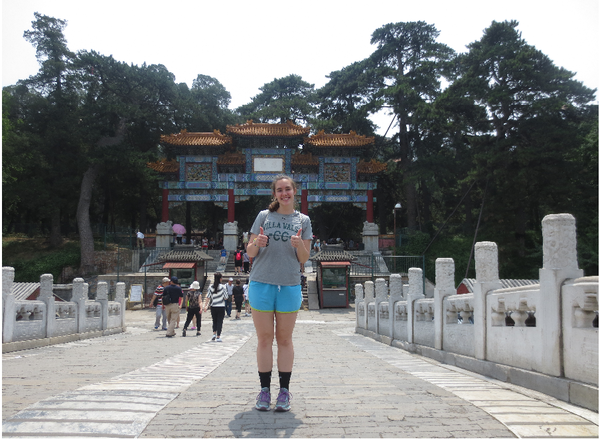 Even though I know this cultural intricacy, I still find myself smiling broadly while exclaiming “xie xie!” whenever someone compliments my Chinese. Truthfully, I’m really proud of the work I’ve put into studying this language, and when it is recognized by others I feel like I deserve their praise. I struggle with the right response to this situation almost daily: if I’m choosing to enter a country, particularly one that I know has a distinct culture and has historically had very limited outside interaction, isn’t it my responsibility to learn their language? Shouldn’t I be surprised and grateful that someone took the time to recognize my efforts, rather than holding it as an expectation?

Chinese society as a whole places a much higher value on humility and respect as opposed to American culture, in which pride is deeply ingrained. I would classify my Chinese as good, but I’ve met many English-speaking Chinese citizens who can talk circles around me yet still claim their language level to be “only so-so”. There isn’t a right answer to this issue per se, but I think it’s important to understand the ways in which the reasons for this discrepancy are rooted in our respective cultures.

China is mysterious and complicated and beautiful, and life here often kicks my butt on a regular basis. I’m not sure if I’ll be able to quit my “xie xie” habit cold turkey, but perhaps I’ll start by sprinkling a few more “nali”s into my daily life.