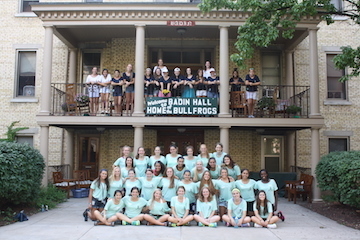 I distinctly remember anxiously applying to Notre Dame as a senior in high school. During my winter break, sitting in Starbucks for the second or third afternoon in a row with a peppermint mocha by my side, I brainstormed ideas for my short answer essays. Of the many prompts, I decided to answer “Why Notre Dame,” along with two others.

Growing up in Indianapolis, I had always been a fan of Notre Dame football and the school’s prestigious academics. I had been to campus several times before, and it always felt like home to me. Attending Notre Dame was a lifelong goal, but even after countless hours of researching, talking to alumni, and listening to organized Notre Dame presentations, I was only aware of a minute part of what life is really like as a student here.

Even though it had been explained to me countless times, I never really did understand the significance of the dorm culture and community until living in Badin Hall. From the moment I stepped onto campus, I was bombarded by my new Notre Dame family and Badin community as the Freshman Orientation Staff warmly welcomed my family and I. They even carried my entire luggage up to my room on the third floor in a dorm with no air-conditioning! 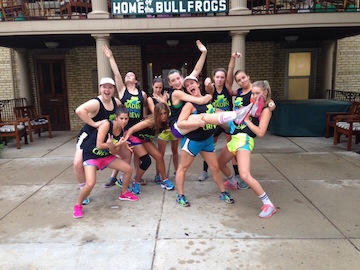 Gradually, in the weeks following move-in, our freshman class slowly grew closer with one another and the upperclassmen. Being the smallest female dorm, I quickly became accustomed to the familiar faces of Badin Hall. Whether it's in the dining hall, Debartolo Hall, or even just strolling down the quad, every time I see a “Badin girl” I feel comfortable making conversation or saying hello.

After living in Badin for two short, but wonderful years, I have developed relationships with my section-mates, my RA's (resident assistants), and even my rector Sister Denise Lyon (who recently retired). Every Tuesday night at 10:00pm, we had Hall Council, which was mandatory for freshman in Badin. It was sometimes a hassle to get back to the dorm if I had other activities or homework, but in the process, I bonded with my class and met other Badin residents who were heavily involved in dorm activities.

Another one of the perks of living in a small, all-female dorm is that I’ve never felt pressure to physically look my best constantly. I have no problem studying for an exam in my pajamas in the kitchen on the first floor or walking downstairs to pick up my Einstein’s Bagels delivery on Saturday morning minutes after getting out of bed.

The only downside to living in Badin is that there are so many singles.  It seems like this would be a benefit of living in Badin, as many students living in dormitories would prefer to have their own space and privacy. However, Badin girls would rather sacrifice personal space to share the company of their closest friends. 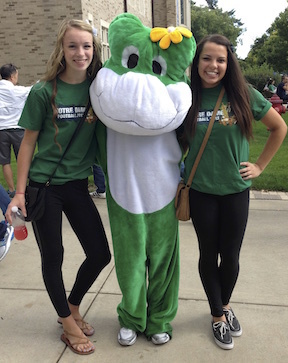 Being the friendly, tight-knit group my freshman class was, hardly anyone voluntarily chose a single going into sophomore year during room picks. I remember the utter sadness expressed by so many girls who were dying to live together in Badin with their friends but were forced to live in singles, myself included. I was devastated the night of room picks, but it worked out in my favor, as I was able to live next to my potential roommate who also had her own single.

It may seem to some like dorm unity is almost too close-knit or exclusive, but personally, I have met so many other great people from a number of dorms.  For example, some of my closest friends in the architecture program live in Walsh Hall, and we have already agreed to live together during our fifth year of studies off campus.

Dorm spirit is heavily present on campus, but the only rivalry that exists between dorms is the attempt to become hall of the year to win the ever-popular “Dome dance.” Friendly competition is present occasionally, but I have never felt un-welcome or unwanted in any dorm I have visited.

Sleeping in my cozy Badin single for the last time as a sophomore preparing to go abroad for the next year, it was heartbreaking knowing that I would never be an on-campus resident again. I’ll never have the pleasure of waking up and looking outside my window onto Bond Quad again, nor will I have the convenience of having South Dining Hall, the Coleman-Morse Center, and Bond Hall in my backyard.

If I were to answer the same question again, “Why Notre Dame,” I would generally respond, “To be a part of a web of communities who encourage personal growth and improvement, both as a university and as a residence hall, and to meet a diverse group of incredible individuals who would become my biggest supporters and best friends.” 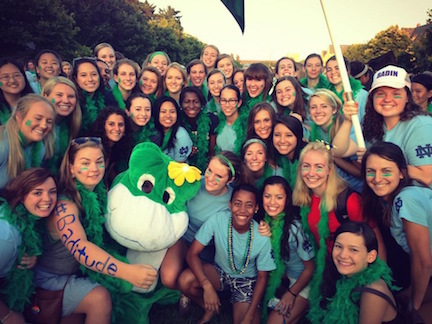 The Notre Dame dorm culture is something that cannot be accurately explained in an information meeting or brochure. It’s something that has to be experienced to be understood completely. I have built some lasting friendships, and I feel happy knowing that I will always have the support of my Badin community.