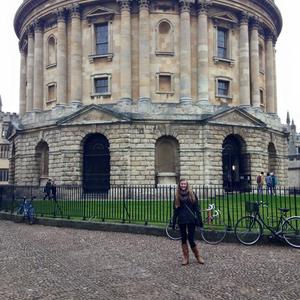 Before arriving in Paris, we had been told to expect a spring break at the end of April- so when I opened my syllabi during the first week of classes, I was surprised to discover that in France they also have a “winter break.” The winter break was supposed to be used as an opportunity to catch up on studying, but after nearly two months of exploring France, I decided it would be a great time to venture out on my first trip outside of my host country. I had always wanted to see the United Kingdom, so I decided that instead of trying to pack a lot of countries into a week, it might be wiser and more helpful to spend the whole week exploring the UK. And so, I started making plans for my Great British vacation.

My trip started on February 18th with an 8 hour bus ride from Paris to London. It was definitely a long bus trip. Luckily, there were a few other exchange students also on the bus; so we ended up spending most of the time talking about our experiences studying in Paris so far, which definitely helped pass the time. When I arrived in London, I went straight for the “Oxford Tube” which is a bus that takes you from London to Oxford - a bus ride that is just over an hour or so away from London. It was late evening when I was finally done travelling, but I luckily still had a bit of energy left.

I was met at the station by my friend Tristan, one of my really good friends from high school, who is a current student at Oxford. I had always wanted to visit Oxford, so it was a perfect chance to catch up with an old friend and explore the city. We visited some of Oxford’s most famous sights, including Christ Church College (where they filmed Harry Potter), the mound, the River Isis, the Radcliffe Camera, and The Eagle and Child (where authors like CS Lewis and JR Tolkien used to hang out). It was also really fun to get to meet her Oxford friends and find out more about what it is like to be a student there. We even got to attend a lecture by Rowan Williams, the former Archbishop of Canterbury, which was very impressive. 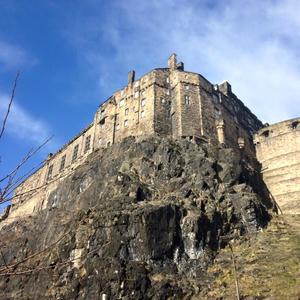 After Oxford, my next stop was Edinburgh, Scotland. Edinburgh was a place that seemed so fascinating to me with castles, mountains, and lots of history and literature. I didn’t have any friends interested in going, so I decided to take a solo trip there. After taking the Oxford Tube back to London, I set off on an overnight bus ride to Edinburgh. I arrived in Edinburgh just as the sun was beginning to rise and immediately set off for Carlton Hill. I was the only person there, so I ate my breakfast while watching the sunrise over the Edinburgh’s harbor in one direction and the moors and castle in the other. It was beautiful! It was a very cold and windy day, so I popped over to The Elephant House, where JK Rowling wrote Harry Potter, for a cup of tea. I then took a free walking tour of the oldest parts of town, which was a perfect way to find out more about the history of the city. I spent the afternoon touring the Edinburgh Castle and shopping for the perfect tartan scarf. After dinner, I was back on another overnight bus to London.

Unfortunately, my bus managed to break down in the middle of nowhere; we were stranded in Northern England for several hours. After finally getting a replacement bus, I made it back to London to be greeted by family friends who attempted to explain the Tube system to me while I sleepily followed them around the underground and back to their apartment on the Isle of the Dogs. After a quick nap, I was given a tour of my family friends' favorite parts of London- such as the Tower Bridge, Southwark, Millennium Bridge, and the City. However, I was still exhausted from a night of not sleeping on the bus, so I ended up spending my first night in London going to bed early. 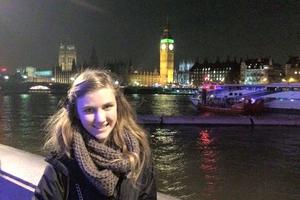 The next days were filled with doing some amazing things. I spent a morning visiting Greenwich, which was just across the Thames from where I was staying, and then exploring some of London’s most iconic spots: Big Ben, Westminster Abbey, Buckingham Palace, and the Royal Parks. That afternoon, I went to the British Museum with another ND student studying in Aix-en-Provence who was also spending her Winter Break in London. The next day, my birthday, I toured the Royal Opera House and got to see some of my favorite dancers from the Royal Ballet in person- it was just amazing! I also spent time in Covent Garden and the Courtauld Institute of Art (where my aunt said I had to sit in front of her favorite painting “A Bar at the Folies-Bergère ” by Manet for 20 minutes just to take it in). One of my friends from ND who is also studying in Paris arrived that afternoon, and we met up with some other ND students studying in London for dinner. Afterwards, we wandered around London seeing Piccadilly Circus and Trafalger Square at night. The next day, I spent the morning at the Tower of London, which was a fascinating place to explore. In the afternoon, I returned to the Royal Opera House to watch the Royal Ballet perform Onegin. In the evening, I met up with yet another ND friend for dinner in Chinatown and a walk along the Thames. My final day in London was a whirlwind of trying to fit in everything I still had left to do- Portobello Road Market in Nottinghill, the Victoria and Albert Musuem, Harrods, Regents Park, Baker Street, and Abbey Road. In the evening, I met up with another Domer (Notre Dame student) for Indian food and a walk around Canary Wharf, one of London’s financial districts.

The next morning, I was teary-eyed as I drank my last cup of tea while looking at the Thames (I know London-cliché much?). I boarded the EuroStar train and set off towards Paris. It had been a wonderful week. In many ways, after living for two months in a French speaking country, being back in an Anglophone country felt like coming home. It was a great opportunity to catch up with old friends, but also to travel and see new places all on my own. Great Britain was one of my favorite places that I’ve ever visited, and I absolutely can’t wait to go back! 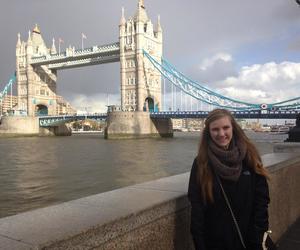