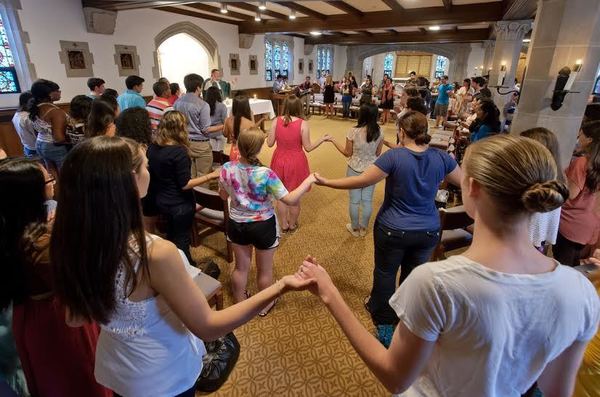 Rubbing the sleep from his weary eyes, a young boy gazes outside the window of his dad’s red Chevrolet truck. The radio crackles to life and fills the car with the indistinct murmur of Mexican ballads. His legs are sore from sitting down for so long. Beginning its journey in Kerman, California, the small family has finally reached Jalisco, Mexico in time for the Christmas festivities. A verdant landscape of smooth, rounded hills lays ahead, blanketed by the ethereal glow of a moon gazing upon the suburbs of Tamazula de Gordiano. The boy smiles to himself, thinking of the warm meal awaiting them at his grandparent’s home. With the many hugs yet to be received from his abuelita in mind, he dozes off once again, drifting away into sweet dreams of presents and pozole as the truck resumes its course towards the little town.
A senior Political Science major, Juan Rangel relishes the memory of his family’s annual trips to Tamazula. He remembers how his grandparents would host the local rendition of las posadas, a novena celebration commemorating the Nativity of Christ with traditional carols and gifts. On Christmas day, family and friends would attend Mass at San José, the parish where Juan’s parents were married, he was baptized, and his brother received First Communion. The interior of the church would always be decorated with poinsettias adorning a large crèche. Juan chuckles as he recounts how the entire congregation served as a makeshift choir under the direction of “one lady with a microphone.” He continues to miss his grandparents on his dad’s side, who passed away, and desires to visit Tamazula again.
“I haven’t been able to return for three years,” Juan said. “Spanish Mass is a good thing to have once a week to connect me back to my roots.” 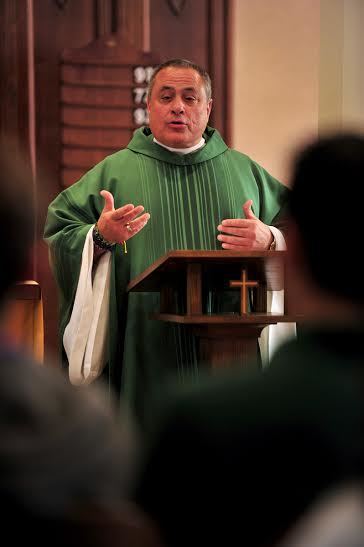 Under the pastoral leadership of Rev. Joseph Corpora, C.S.C., the Latino community at Notre Dame enjoys the Spanish Mass offered every Sunday in Dillon Hall’s chapel at 1:30 pm. Students from a variety of cultural backgrounds also attend the liturgies, which employ a few English phrases here and there for the benefit of beginning Spanish students.
“My family always attended Mass in Spanish, and I learned all my prayers and songs in my native tongue,” Paulina Luna, a senior French and Pre-Health major, said. “When I discovered Spanish Mass at ND, I felt at home.”
Paulina sings in Coro Primavera, a student choir founded in 1991, which provides music for the Mass. Other students serve in different roles as lectors and ushers, handing out hymnals and Mass readings.
“Spanish Mass allows students to build community and to build their own spirituality by understanding the liturgy in their own language,” Juan said.
Last Sunday, Rev. Matthew Kuczora ‘05, C.S.C., delivered a powerful homily on the role of community in the Church. Fr. Kuczora is the Director of Postulants at Nuestra Madre Santísima de La Luz, a Holy Cross parish in Mexico, and was invited to say Mass in Spanish during his recent visit on the Feast of the Dedication of the Lateran Basilica, the oldest church in the West and the seat of Pope Francis, the Bishop of Rome.
“Any daughter or son is more precious than a building or chapel in the eyes of God,” Fr. Kuczora said. “Today, we celebrate the People of God.”
Reflecting on the idea of the faithful as the “piedras vivas” (“living stones”) of the Church, Fr. Kuczora reminded students to continually build each other up with fraternal charity. He presented a particular anecdote regarding a Mass he celebrated in one of the Holy Cross missions in Mexico, in which he was struck by the humble fellowship he shared with the local people.
“There were no enormous columns like at St. John Lateran, however, there was a lot of beauty amongst us,” Fr. Kuczora said. “I could feel the presence of God.”
During the liturgy, I could not help but ponder the refrain of the gathering hymn at the beginning of Mass:
“Juntos como hermanos,
miembros de una Iglesia,
vamos caminando
al encuentro del Señor.”
“Together as brothers,
members of one Church,
we are walking
to meet the Lord.”
The community of students who gather together for Spanish Mass is a great illustration of how faith is a bridge to solidarity. The Feast of the Dedication of the Lateran Basilica does not merely honor a physical building in Rome but seeks to extol the common religious roots of the global Church, a spiritual architecture bound by fidelity and love. If you enjoy lively music and liturgies informed by Hispanic flavors, discover la Misa en español.
“Spanish Mass unifies not only the Latino community at ND, but it strengthens and enriches the University as a whole,” Paulina said.