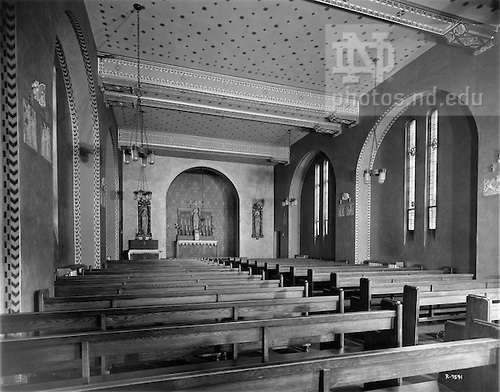 Chapels serve as the spiritual hearts of each residence hall, beating with the religious rhythm of campus liturgical life. Offering solemn yet intimate spaces for Mass and personal prayer, they are often symbols of pride for dorm residents who appreciate the charming blend of faith and architecture.
Coinciding with the 90th anniversary of the construction of Morrissey Manor, the renovation of the Little Flower Chapel is currently being undertaken by Conrad Schmitt Studios. Manorites gathered on March 1 for one final Mass celebrated by hall Rector, Fr. Ronald Vierling, before the restoration project began. The Men of the Manor have been using the nearby Log Chapel for their weekday liturgies and have decided to share Howard Hall’s Chapel for Sunday Masses.
Fr. Vierling continues to consult with University officials and CSS craftsmen regarding the intended design of the Chapel. “Notre Dame prioritizes preservation of its architectural heritage,’” Fr. Vierling said. “Morrissey's chapel is unique in its design and was well worth the investment to restore the various appointments that had been discarded over a swath of time.” 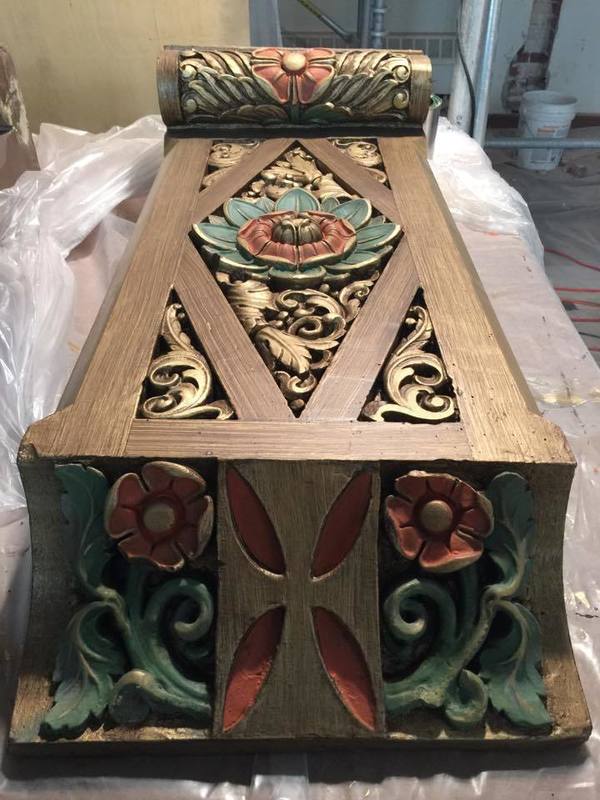 CSS is the same firm responsible for the restoration of the cherished collegiate seals and iconic mural in the distinguished main lobby of the Manor. Morrissey received a considerable amount of financial support from an unidentified donor to complete the chapel renovation. Alongside new stained glass windows and a reredos behind the altar, Little Flower Chapel will receive slate flooring, pews with kneelers, and gold leaf framework for the Stations of the Cross. The ceiling will be restored with gold stenciling to match the Golden Dome and improved lighting will be installed as well. Fr. Vierling has high hopes for the structural improvements. “The goal of this restoration is a ‘return to glory.’”

As an amateur Manor historian, I decided to dive deeper into the storied past of the Little Flower Chapel, a journey that uncovered some forgotten events in Morrissey’s timeline.

A 1928 issue of the Scholastic praised the Byzantine inspired decorative style of the Manor’s Chapel dedicated to St. Thérèse of Lisieux. The student magazine proclaimed that “Morrissey now possesses one of the most impressively beautiful places of worship on the campus.” 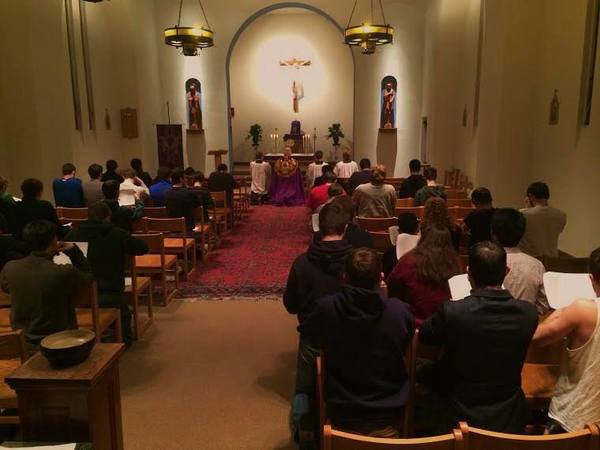 Finished in the Marian colors of blue and gold, Little Flower Chapel was enjoyed by several generations of Manorites and their guests, a testament to the skill of Francis W. Kervick and Vincent Fagan, architecture professors at the University during the 1920s. Morrissey alumnus Joseph A. Laughlin ‘32 and his bride, Dorothy Ahern were even married in the Chapel.
Notre Dame welcomed the U.S. Naval Reserve Midshipmen to campus during World War II and offered Morrissey as one of the halls to house them. Their coming would interrupt the Chapel’s apostolate to serve the spiritual needs of hall residents.
The now defunct Alumnus magazine describes how the Chapel “felt the effect of the Navy’s arrival and now takes on the appearance of a regular classroom” (Oct. 1942). Removing the pews and religious imagery, the Midshipmen utilized the worship space as an educational center as well as a practice room for musicians. 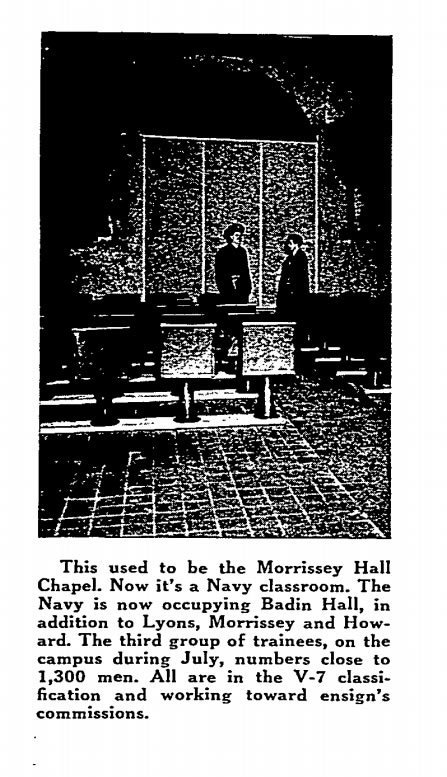 The Navy returned Morrissey back to the University after the war and over time the chapel was remodeled according to the liturgical tastes and trends of the subsequent decades after the Second Vatican Council.
Before the restoration project, Little Flower Chapel appeared as only a shadow of its former self. Its walls, once so deeply blue and gloriously golden, had been covered with the starkness of white paint. The original pews and religious statues are also believed to have been lost in a storage fire.
Morrissey’s beloved Chapel is scheduled to open for liturgical use at the beginning of next semester, due in large part to summer construction. Alongside other Manorites, I am looking forward to seeing the Little Flower Chapel blossom during the restoration project and hope to experience the same beauty appreciated by past hall residents.
“The importance of the chapel in a residence hall community can not be underestimated,” Fr. Vierling said. “It is not an appendage to our residence halls, but contains a living Presence who is the heart and center of our communal life.”