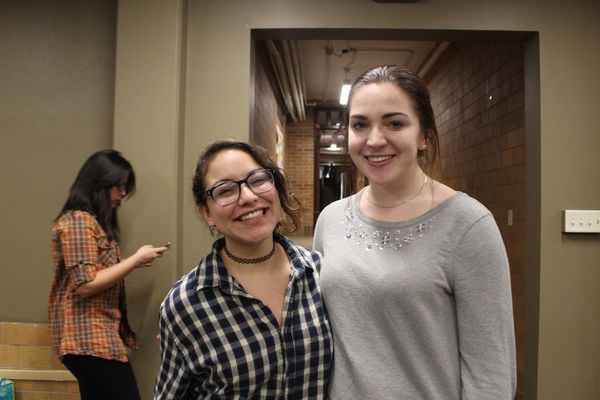 Kinga Fluder and Jessica Pedroza are two of my dorm mates, friends, and role models. They are passionate, caring, intelligent, beautiful women who embody the best of the spirit of inclusion and acceptance at Notre Dame. They, along with Paul Kwak, cofounded one of the newest student groups on campus, 1stG ND (First Generation Notre Dame).

They let me attend a few of their meetings to take photos and interview them. Both of the meetings I went to had an incredibly welcoming and accepting atmosphere. There was also a strong sense of understanding and solidarity. This was especially apparent during a powerful activity in which everyone sat in a circle and talked about unique things that they experience as a first generation student.

Notre Dame should be a place where everyone can feel at home, and 1stG ND is an organization that provides a community, or an additional community,  for students who are looking to connect with others in that aspect of their lives.

I sat down with Kinga and asked her to tell me more.

How did 1stG ND begin?

1stG ND was on my mind for a while after hearing about the Ivy League club network called 1vyG. I was abroad at the 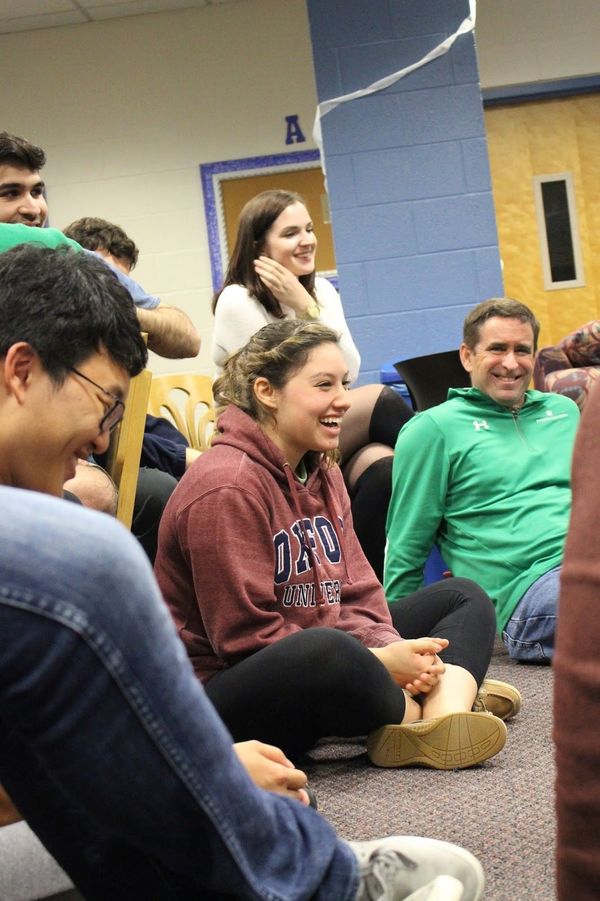 time, so it was just in the back of my mind until I saw Jess share an article about 1vyG with a caption that mentioned how ND should have something like that too. Jess and I knew each other from living in Welsh Fam, so I messaged her and we decided to make it happen when we both got back from our semester abroad. We started a Facebook group and started advertising in the Facebook class pages last August, and it all took off from there!

You’re a really young club, but what are some of the things you’ve done so far?

Before becoming an official club, we hosted a couple of meetings (with pizza sponsored by the Office of Student Enrichment) that basically entailed us describing our mission and then a big group conversation where everybody talked about some of the things that made life as a first-generation student at Notre Dame a bit different or more difficult. We’ve had more meetings like this since we became an official club, and we’ve also organized a mentoring program to connect underclassmen with upperclassmen in their general area of study and get support with academics and career planning.

Where do you see the club going? What do you see it doing in the future?

We have many ideas and have taken some initial steps to work with administration on easing the additional financial burdens outside of tuition. We’ve met with student government and discussed topics such as decreasing/eliminating laundry costs for students with the highest demonstrated financial needs; establishing a “free store” where students can get what they need (winter coats, interview attire, room items) at no cost thanks to donations (especially at the end of the school year) and generally getting the word out to incoming freshmen about the resources available to them. We’ve also talked about hosting a conference for first-generation and/or low socioeconomic status students from Midwestern colleges to further discuss all of these issues and resources. In general, I’ve seen some awesome and passionate students that really want to make the college experience easier for people who may not have grown up with the same resources, networks, and knowledge that their peers had. I hope that the club grows in membership and support, and I do believe that it will grow to be a vital part of Notre Dame for those that identify as first-gen or don’t come from the typical socioeconomic class found at ND.