Once you've gotten all of your dorm room essentials, it's about time to acquire your nonessentials. Here's some ideas: 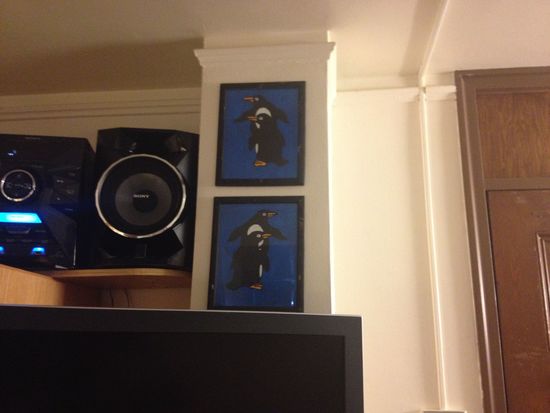 I'm a fan of personalizing my space when I'm bored and have a lot of free time. So, alright, about these penguins: I got them at Salvation Army for 50 cents each my freshman year, and they've stayed with me ever since. In the beginning, I was never specifically on the hunt for framed penguins, but it just shows that you never know what you'll find! Then again, if you're looking for some normal posters, I have a few that I've gotten for a decent price online, too. Try Amazon or AllPosters.

I'd never thought that I'd become this person, but I'm a huge fan of air fresheners. It all began when, last year, I had a neighbor that must've had like 5-6 air freshness up and running at once because, whenever I walked into her room, I was immediately suffocated by the scent of lavender. And I absolutely loved it. Right away, I bought a stand-alone air freshener that sat on my desk but was ineffective - I think the key is to get the ones that plug into something. Right now, I have the Glade Apple Cinnamon PlugIn, and I think I like it so far!  I'll keep you updated, but I'm pretty sure I don't need to make any more air freshener investments in the near future. It seems that one is pleasant enough on its own without being too overwhelming. 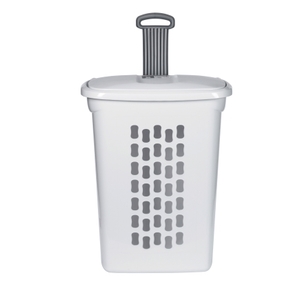 I think most people have some sort of mesh laundry bag/hamper that can only support up to like two loads of laundry. I must have different standards of measurement than these laundry bag companies because I've consistently broken one after the other. In total, 3, maybe 4. So this year, I decided that I needed a new strategy and came across this Sterilite laundry hamper that fits snugly into my closet. The wheels are good for the weak and haven't-done-laundry-in-awhile, and I'm sure it'll be entertaining enough wheeling it through the halls of Cavanaugh. 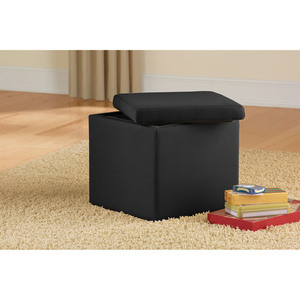 I use these mostly as a foot rest now, but they were the primary guest seating during my freshman year when my roommates and I didn't have a futon (we had a cramped forced triple, yikes!). I also study and do homework while sitting on my futon, so all of my books and notes are right under my feet (literally ha-ha) and are easily accessible. Also, to note, these particular ones are sort of cheap, so don't jump on and off them. (I already had to throw one away.) 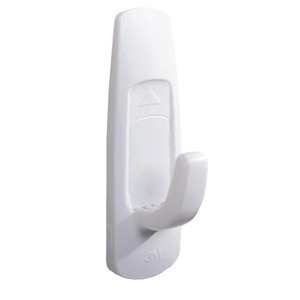 I spend half my life searching for my room key and ID card, so I would recommend keeping them both on a lanyard or plastic ID badge (I've gotten these in the campus bookstore) and hanging it up on the same Command hook whenever you walk in your room. Obviously, I don't follow this advice but it doesn't keep me from dishing it out.

That's all I got. I tried really hard to think of things that you don't really need, but might want anyway ;) Hope this gets you started!