Over Fall Break, I was lucky enough to have earned the opportunity to combine my two passions and majors, Architecture and French, in a research project set in Paris, France. Thanks to the generosity of the Nanovic Institute of European Studies I was given funding to travel and stay in Paris to independently carry out my research plan.

After interning in Paris this past summer for over 10 weeks, I was inspired to learn more about a variety of topics in the field of architecture. One of which is urbanism in architecture. As a result, I spent the latter half of my summer researching various topics and current projects in Parisian urbanism online. Particularly, I was intrigued by the poorer neighborhoods of Paris and how they so sharply contrast with affluent neighborhoods just blocks away. It took me awhile to narrow down this problem in urbanism to a manageable topic I could explore in a week’s time. 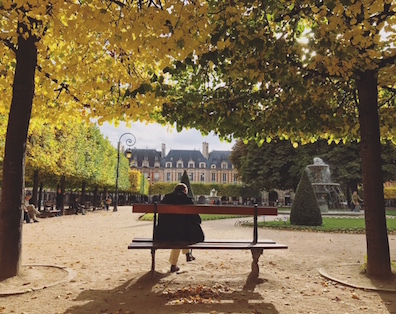 After continuously filtering down my ideas from neighborhoods to public spaces, I decided to focus my research on analyzing similarly sized, larger public parks in Paris. By researching parks in various neighborhoods, my goal was to determine traits of both successful and unsuccessful spaces. I hypothesized that parks in the wealthier neighborhoods would be more pleasant, and the parks in the neighborhoods with higher rates of unemployment, homelessness, and immigrants would not be as successful. However, after visiting a multitude of green spaces in a handful of different neighborhoods, I quickly realized that my educated guesses regarding parks were a bit skewed.

Nearly every park that I visited in Paris, despite its location, was pretty populated with people doing various activities, such as eating, exercising, chatting with friends, or playing on the park playgrounds. I tried to visit each park around the same time, between 11am and 4pm, for consistency purposes. I was also worried that bad weather would interfere with my research, but despite chilly temperatures and even rain, I still observed children playing in parks and people taking strolls. 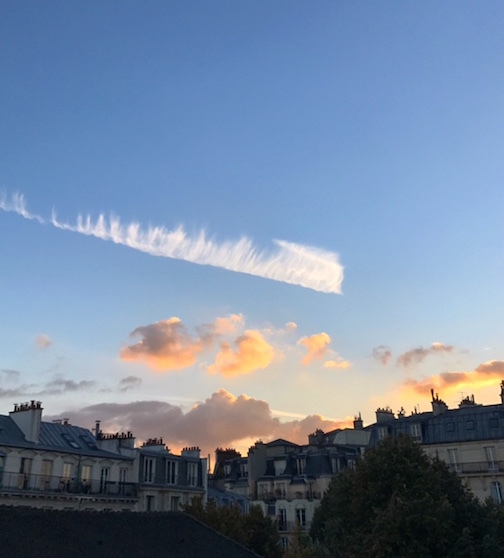 In most parks, I also noticed either a maintenance crew working or park guards patrolling. This gave me the impression that the French government puts a fair amount of money into the protection and upkeep of its parks. Also, trash and recycle bins were numerous in each space, which makes sense since the parks are a popular place for Parisians to leisurely enjoy their lunch hours. A gate encloses every single park, and each has opening and closing hours to protect these spaces from becoming crime scenes or hangout spaces during the nighttime. These aspects help to keep the parks clean and safe, and they really do work in Paris.

Additionally, I noted the various forms of park furniture, including benches, chairs, playground sets, and more. I hypothesized that movable furniture would make parks more successful, since it allows for flexibility in seating arrangements for various group sizes, as well as the opportunity for people to avoid or enhance the sunshine. While many parks, such as Luxembourg and Tuileries, have moveable chairs, many only have benches. I still hold that parks with moveable seating are more user-friendly, but even benches were used extensively in the parks I visited. 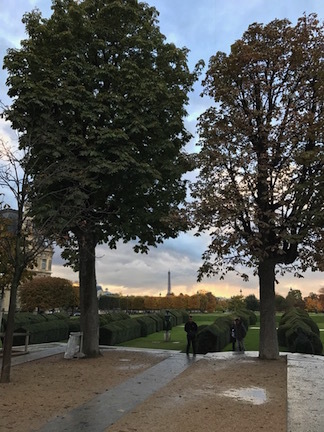 I’m eager to use these observations and more to create a tangible project I can add to my portfolio. It was an eye-opening experience, and I am still interested in learning much more about the design and use of public spaces and parks in general.

In addition to funding students for independent research, the Nanovic Institute also awards grants to students with unpaid internships in Europe as well as students wishing to participate in language study programs. To learn more about the Nanovic Institute and to read real students testimonials, check out their website here. Without institutions like Nanovic at Notre Dame, I would have never had the opportunity to travel abroad independently on so many different occasions.