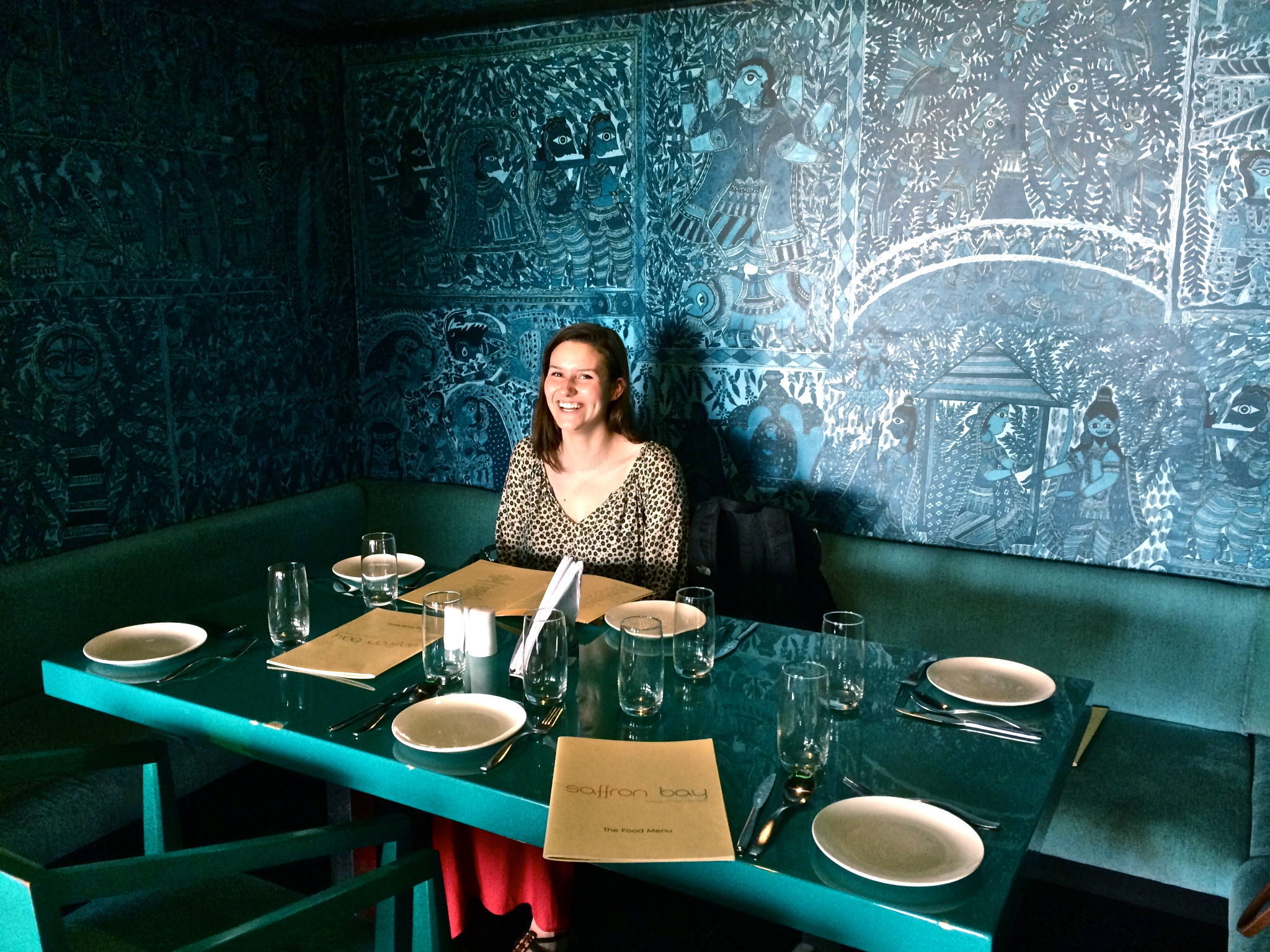 This looks like a staged photo, but I was honestly just the first to sit down and get started. The restaurant, Saffron Bay, is on the Arabian Sea so there might have been a view that everyone wanted to see. Me, on the other hand – I love Indian food and I don’t like to waste time. When I finally looked up from the menu, I remember thinking, “oh, look, no one else has sat down yet and… hey, they’re taking a picture of me!” quickly followed by, “yeah, I think I’m going with the Chicken tikka masala…” My favorite so far! 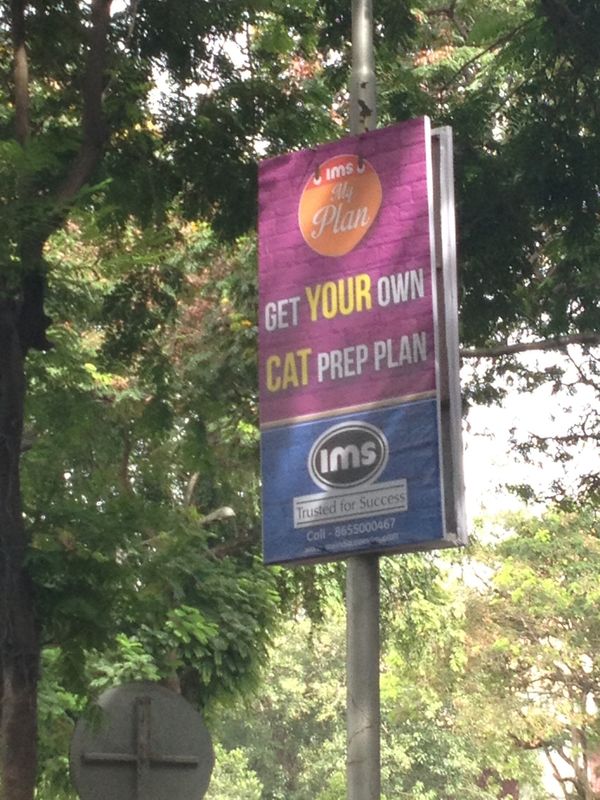 The college we’re taking classes at is called St. Xavier’s. I was about to take a relevant photo of the entrance sign but then I was distracted by another sign that read "Get YOUR own CAT Prep Plan" which I read as, "Get your own Cat!" Prep Plan. One of the Indian students quickly jumped in and explained that the CAT was an entrance exam and this sign wasn't about preparing for your furry pet. I was slightly less amused.

Another photo I tried to take was at the “Pillar of Friendship” in the India Gardens. I asked a friend to take my picture next to it, but he only looked at me and said, “you want me to take a picture of you, by yourself, next to the pillar of friendship.” Touché! I didn’t get a selfie next to it either, but here's a photo of the group near the entrance of the park! 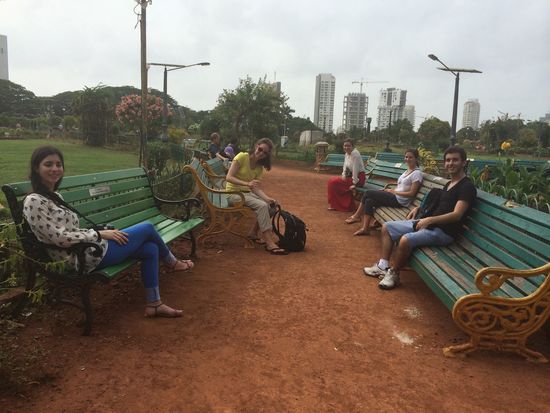 We also went to the Haji Ali Dargah or “Mosque at Sea.” 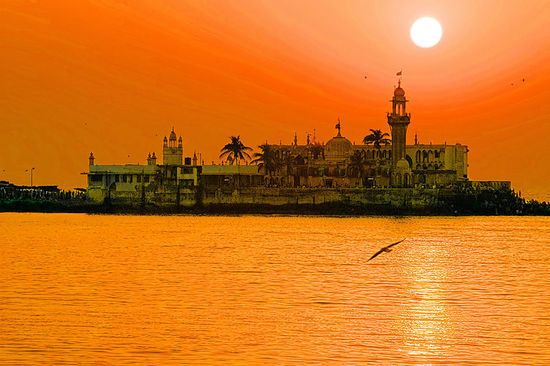 Admittedly, I took this photo from Wikipedia - I like the orange. Here are the photos that I took: 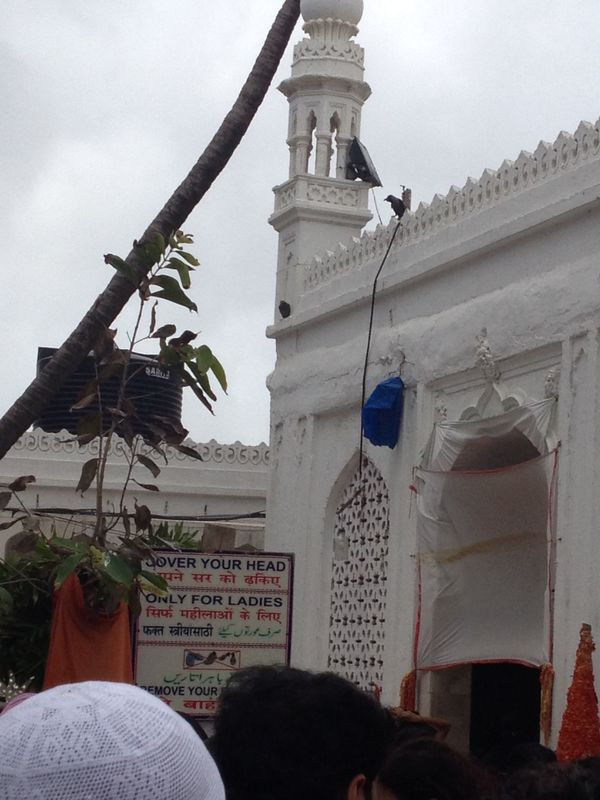 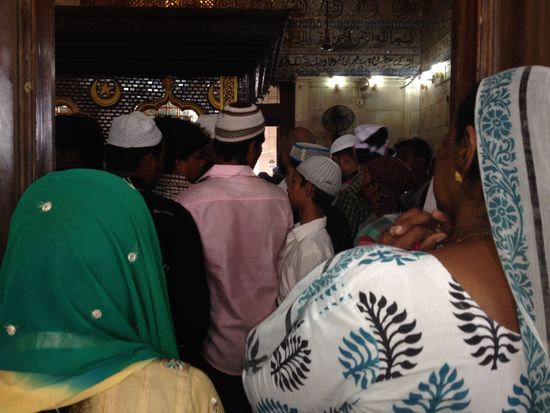 My experience as a woman was different at this particular mosque and this captured my full attention. I had to wear a head covering and was not permitted to enter the inner tomb. This type of gender division felt very unfamiliar to me and even more so because it took me by surprise - I didn't know beforehand that we'd be separated! 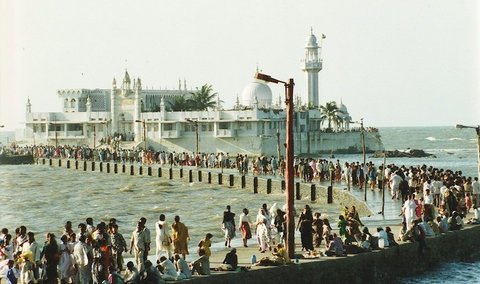 Here is a photo from a New York Times article that shows the walkway out to the the Haji Ali Dargah, which is only accessible at low tide. Along the way, families wanted to take pictures with us, and I was more than happy to partake. Sadly, there were also many people sitting near the edges of the walkway, asking for money or putting out  tin cans. Most were children or people that had had severe injuries or deformities that'd left them disabled. We knew there was nothing we could do at that time other than set down a water bottle if we had one.

Each day, I'm learning more and more about how much I don't really know. I'm seeing many things, little and big, that are taking me by surprise and forcing me to think more in depth about the world around me.