Notre Dame is a place steeped in tradition. From signature events and campus lore to academic excellence and athletic prowess, our traditions are what make this University special. Among these great traditions emerges one with an overwhelming presence during the football season – The Shirt. In honor of The Shirt’s 30th anniversary, for this week’s Friday Five, check out the top five selling editions of The Shirt to date. 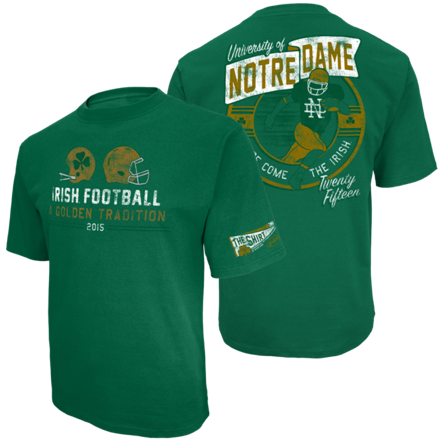 With an emphasis on Notre Dame Football as “A Golden Tradition” and use of vintage ND imagery, it’s no wonder the 2015 Shirt was a top-seller at over 165,000 shirts sold. (Team Record 10-3) 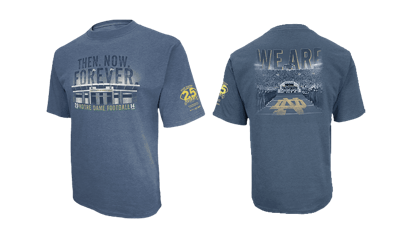 “Then. Now. Forever.” A simple message that resonated with fans, earning it the number two spot on the list. (Team Record: 8-5) 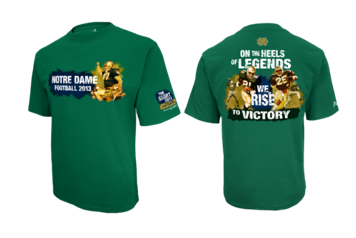 Fourth on the list, an eye-catching rendition that pops in its use of color and integration of past and present in its design. (Team Record: 9-4)

Simple in design yet strong in unifying a crowd, the number five selling Shirt was worn during Brian Kelly’s first year as head coach. (Team Record: 9-4) 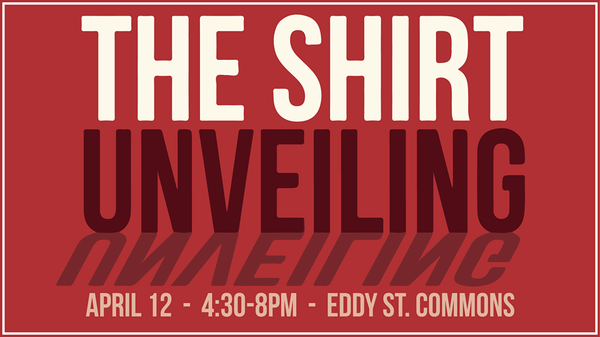 Will the next version of The Shirt find its way on to the list? What color do you think it will be? Come find out on April 12 at the Shirt Unveiling Ceremony, happening from 4:30 to 8 pm at Eddy Street Commons!