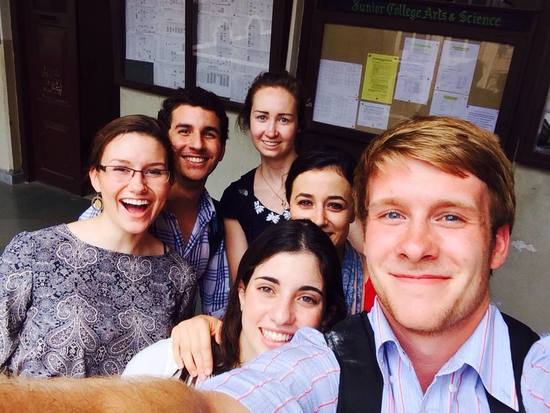 Actually, no – not a single Indian has referred to this city as Mumbai. They always call it Bombay, as it was before the change in 1995. The last time I heard “Mumbai” might have been at the airport.

I could start calling it Bombay, too, in order to blend in, but I feel like blending in here is just a losing battle for me. Last night I was taking a picture of a store with a uniquely Indian window display and I suddenly felt self-conscious about how touristy I looked. Then I realized I’m unmistakably as white as it gets and there’s no hiding here. Like a good tourist, I got in everyone’s way on the sidewalk and took my picture, proudly.

Our group found the American embassy across the street from out hotel. Turns out that it was actually a Starbucks, but regardless it had the highest density of Americans in the entire city. Anyone could get confused! There was also a security guard with purse checks and metal detectors so it really did feel like an Embassy, just with chocolatey coffee, whip cream, and croissants.

Another good thing about the Starbucks Embassy is that it has some icy AC. Mumbai is HOT. When we first stepped out of the airport, I thought we were just in a heat trap because of all the taxis, buses, and people right outside the entrance. Right away, I was thinking, “I can’t breathe - let’s move!” but then the heat trapped moved with me and has followed me since. The first morning we got into a cab, I was still in stable condition thanks to the air moving around, but as soon as we stopped at a stoplight, I was melting. I could hardly wait to get moving again in order to get a gust of air or even a nice gust of car exhaust - I wasn’t going to be picky.

Because of the heat, poverty, crowdedness, dirt, grime, and sweat, Mumbai is not a conventionally beautiful place. Not every building is the Taj Mahal, and most are far, far from it. But Mumbai has my mind racing every minute of the day – what can be said for that? It’s really something. 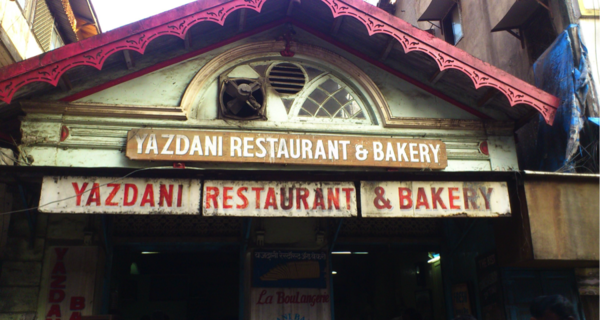 I saw a dog use a crosswalk this morning – stop at the corner, look to the side, and continue across. The whole nine yards. There are so many people that, during a tour, I accidently followed the wrong person. It took a few steps to realize, ohh, hold up – NOT my tour guide. Sorry dude! Later we went to a run-down looking Irani bakery with wooden benches, old-school equipment, and tin plates. Our bread with tea cost the equivalent of 75 cents, but it had us all quiet. That’s a good measure of good food –people stop talking. I’m not sure how to describe it, but the bread was like the equivalent of butter, but still in bread form. Anyways, I don’t see writing restaurant menus in my future, but I can assure you that it was good. And in the middle of an intolerably hot summer day, it was also a pleasant surprise. I searched online and found out the bakery is called Yazdani.

There’s something about enjoying these small things with new friends in an unfamiliar Indian city. Time is passing way too fast here in Bombay.