Basketball was a huge part of my high school identity. I played every winter on my high school’s team, as well as throughout the off season in AAU and recreational leagues. When I entered the college discernment process, however, I knew that I had to focus on academics rather than athletics in order to wind up at the best school for me. My experiences with basketball did make it into my Common App essay, but aside from that, sports did not factor into my decision to attend Notre Dame.

During my freshman year at ND, I was pleasantly surprised to find that a lot of other students were in my same situation. They were also passionate about their specific sports, but they weren’t Division I athletes. It made for a great environment for pick-up games with girls in my hall, or even with students from other dorms shooting around on the courts behind my dorm. There was also no shortage of organized basketball opportunities – I played on a co-ed intramural team, as well as my dorm’s interhall team. 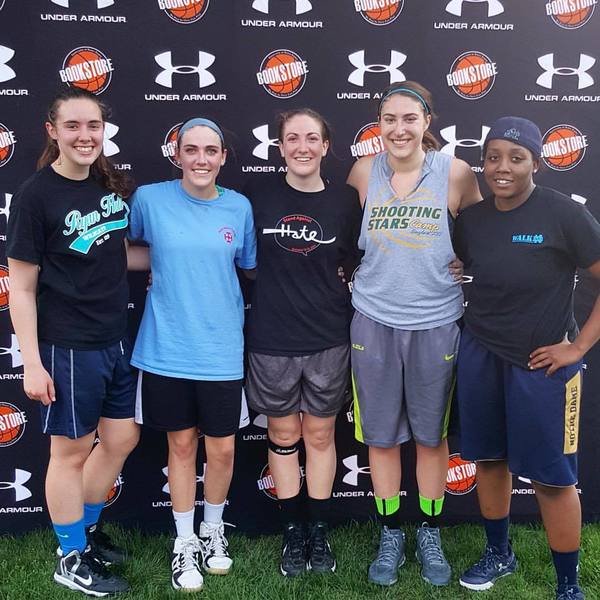 One of Notre Dame’s historic annual events is the Bookstore Basketball tournament every spring, which bills itself as the world’s largest outdoor 5-on-5 tournament. During my sophomore year, my team competed in the women’s bracket, and we ultimately ended up winning the tournament! My dad never gets tired of bragging that his daughter is technically a “world champion,” and I am guilty of using this as a fun fact whenever I need one. I was abroad during the spring of my junior year so I couldn’t defend my title, but I’m looking forward to reclaiming it in several months!

This past fall, a new opportunity arose for me to take my basketball resume to the Next Level™. I received an email from the Director of Operations for the ND Women’s basketball team announcing an open tryout for walk-ons. A chance to show my stuff and possibly join one of the most elite basketball teams in the country? How could I pass this up? 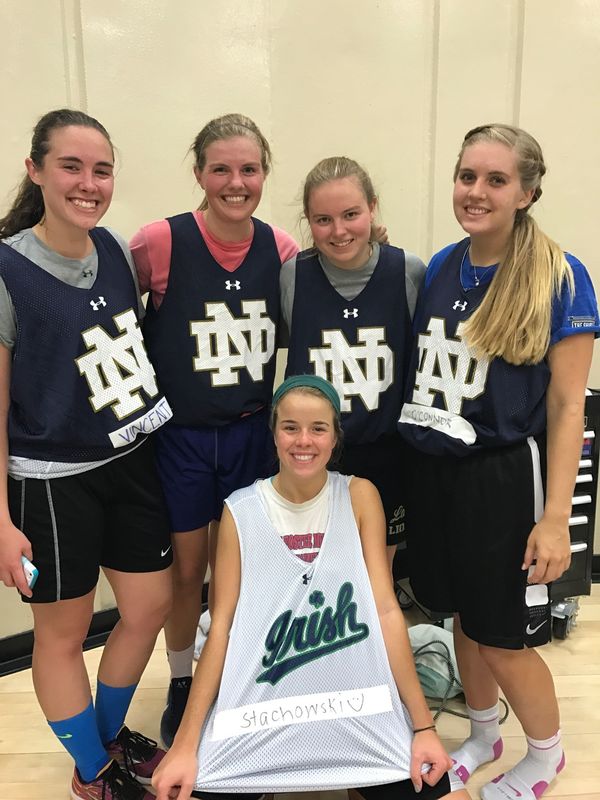 The tryout ended up being led by none other than Coach Muffet McGraw herself, while the women’s team watched and cheered us on from the sidelines. The tryout itself was a combination of different drills, with Coach McGraw and the assistant coaches giving feedback from the sidelines. It was admittedly not my best showing of skills, but I had a blast getting to play with some really talented women. At the end of the tryout, Coach McGraw huddled with us, broke us down with an “Irish!” cheer, and gave us all high fives. I convinced a couple of friends in my dorm to try out with me, and we all signed up together. We had less than a week between signing up and the actual tryout, which was both a blessing and a curse because I didn’t have too much time to be nervous, but I also didn’t have a lot of time to practice. I realize I’ve been kind of talking a big game about my basketball skills, but in all honesty, I hadn’t touched a basketball since playing some pickup ball in Shanghai several months ago. Oops!

Ultimately, I didn’t end up making the team. Even though you won’t see me playing on the court with the Irish this year, the experience of trying out for the women’s basketball team was still a Notre Dame highlight for me. Interhall, Intramural, and Bookstore Basketball competitors, watch out! And hey, at least I’ve still got a world title.