Less than two weeks ago, I came to a sad realization: my time at Notre Dame is coming to an end, and it’s coming fast. What caused this realization you ask? Junior Parents Weekend 2015. 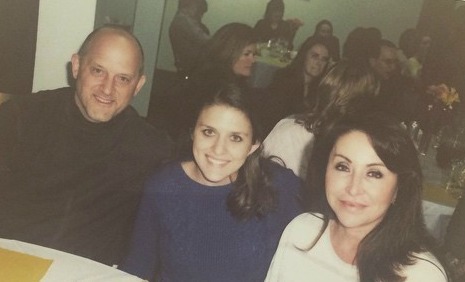 Junior Parents Weekend is one weekend for every junior class, in the Spring semester, during which their parents or guardians are invited to campus to see what their child’s life has evolved into since they dropped them off on the first day of their freshman year. There are many events held during the weekend for the families to take part in. The first event is the Opening Gala on Friday night followed by workshops for each college, dorm lunches, Mass and the Presidential Dinner on Saturday. A closing Brunch is also held on Sunday. (Here's a link to the complete schedule of events.)

As a freshman and sophomore, I could not wait for Junior Parents Weekend (JPW for short). I looked at it as one of those events that would complete my overall Notre Dame experience. I thought it was final initiation to being an upperclassman in a way. Sure, we are able to buy class rings and receive better class registration times as juniors, but there was nothing in my mind that was comparable to JPW. When my parents said they were both able to come out for the weekend (all the way from San Diego) to experience this part of my college career with me, I was beyond thrilled.

I anxiously awaited my parents’ arrival on Friday almost like a little kid waits for Santa to come. My room was spotless, my homework was done (for the most part), and I was ready to go eat dinner with them. Needless to say, they were impressed by my clean room since that was not a normal thing when I lived at home. We ate dinner at Carrabba’s in Mishawaka and then went back to the hotel to get ready. The Gala on Friday night was similar to a black tie event, so we had to make sure we looked our best. The event started at 9:00 p.m. and lasted until 1:00 a.m. and was held in Purcell Pavilion. For the first few hours, I introduced my family to all of my friends and their parents. It was a bit crowded since there were so many people, but we did manage to find our way around. At around 11:00 p.m., we went over to the Fieldhouse, which is attached to Purcell, for a night of dancing. I had such a great time with my parents and watching them break it down on the dance floor. Here is an inside tip though! When you walk into the Gala, you may be tempted to check in your coat. DON’T DO IT! Instead of having to wait to check in and check out your coat for an hour, just hide your coats in the seats in the arena and remember where you put them. 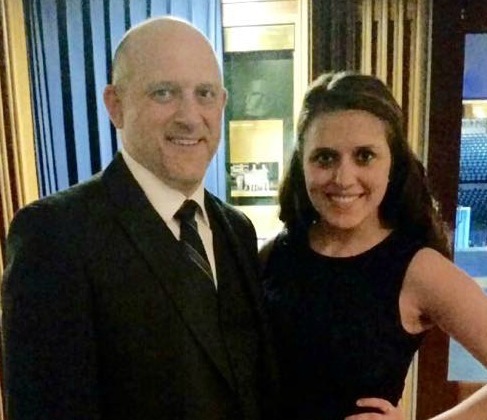 After a lively Friday night, my family and I completely missed the College of Arts and Letters' workshops because we slept in too late. Whoops! The Badin lunch was so good. They ordered Papa Vino’s and had endless options for us to pick from. They also played a PowerPoint of pictures sent in by the juniors in the dorm. After the lunch, my family and I went to the bookstore and bought some gear for the rest of my family at home. The turnaround time between the lunch and Mass was pretty short, so after we were done shopping, we had to go and get ready for Mass. The Mass was very beautiful and was presided by Father Jenkins, the University President. Around 7:00 p.m., dinner was served. They served us a three-course meal with salad, chicken, steak, veggies, and dessert. During the dinner, there were speeches given by the Junior Class President, the JPW Committee Leader, and Father Jenkins. I thought Father Jenkins' speech was very personable because he included issues and events that were particular to our experience here thus far. It showed that he was really in touch with the junior class. 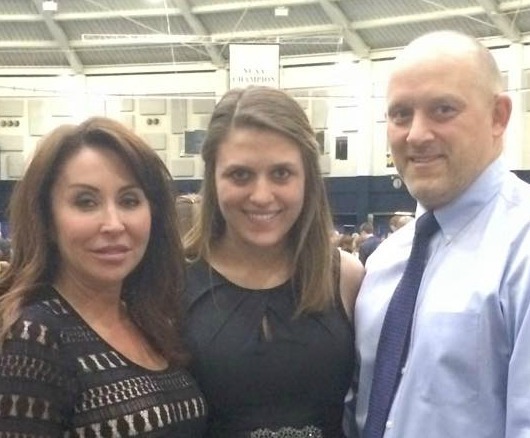 Although there was a nice brunch planned for students and parents on Sunday morning, my parents and I decided to just  have breakfast at their hotel since they had to leave early. To be honest, the weekend was kind of a blur. It went by so fast; I wish I was able to show and do more with them. I think one of my favorite parts about the whole experience was showing them how I interact with my friends and actually having my parents meet them instead of just hearing stories about them. However, the best part of the weekend was that even though my parents are divorced, they were able to come together and make this weekend truly about the three of us bonding together - which is something we have not done in a long time. Overall, JPW was a blast! From dancing on Friday night to hanging out with my friends and their parents after the dinner on Saturday, I wouldn't trade this weekend for anything.