Even over halfway through the semester, I still can’t believe I’m really here. I keep expecting Big Ben to melt down into the Dome or the Thames River to swell up into St. Joseph’s Lake. But each morning, I smile because the dream has yet to fade. Studying abroad in London has been one of the greatest experiences in my life. 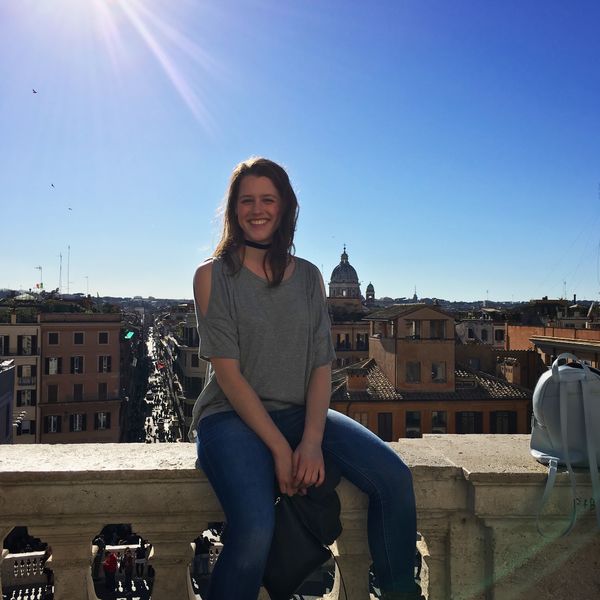 In mid-January, I stepped off the plane, farther away from my family than I had ever been. Sure, I had travelled alone before, but I had never stepped into a foreign country totally on my own. Even though English is the predominant language in the UK, I found myself shocked by the onrush of accents. Bumbling through customs, I fell into a cab and found myself in the heart of one of the most cosmopolitan cities on earth.

Although I was determined to travel the world, the London Program is specifically designed to stop you from using London as rest-stop between layovers. I spent the first four weeks running down alleyways and taking artsy pictures while learning to truly appreciate London. Since then, I’ve eaten at some of the coolest food markets (think: food trucks without wheels!), attended services at Shakespeare’s own parish, and become friends with people from all over the world.

That being said, I have managed to make my passport a little more worse for wear. During the past four weeks, I’ve travelled to Bath, Edinburgh, Canterbury, Prague, Rome, Florence, Pisa, Zurich, and Lucerne. When I’m travelling, I tend to go with a smaller group, but I still make sure I have my own individual explorations to see the ruins and churches that I’ve wanted to see for years (here’s lookin’ at you, Sedlec Ossuary). By the end of this semester, I fully expect to have travelled to an additional three more countries with even more adventures to come.

To anyone thinking about studying abroad, I’d like to give you a bit of advice: No matter which country you pick (and there really isn’t a wrong answer), never be afraid to ask questions. There’s no way I could have had half of my experiences had I not asked an RA or professor or EU resident. While this semester has given me the chance to achieve some lifelong goals, it also has taught me how to communicate and interact with people across borders. In a way, it’s made the world smaller. At 3,000 miles away, I’m really just a hop across the pond, right?