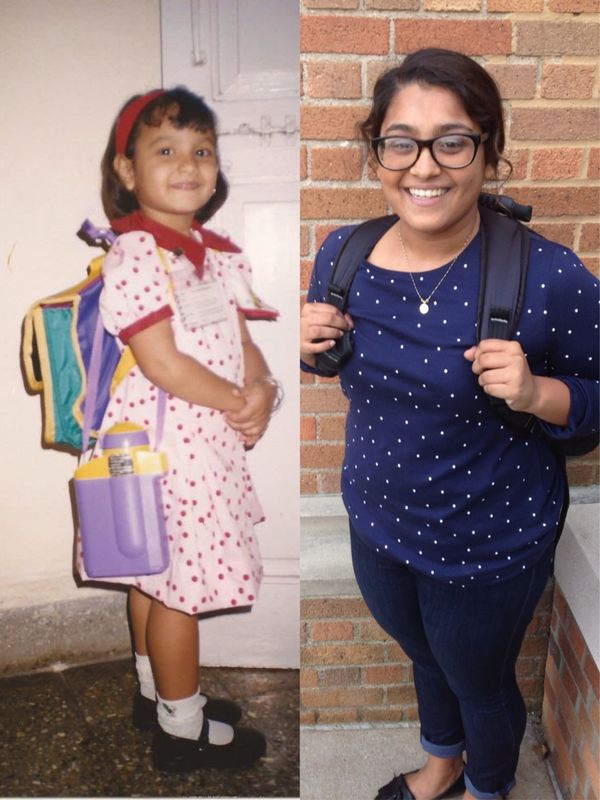 For as long as I have known, the first day of school has been a day to which I most looked forward.  Instead of January 1st, the first day of school marked the beginning of a new year for me.  Every August, I would go shopping with my mom to pick out a new outfit.  As I’m sure some of you could relate, I would get giddy at the thought of new pencils and pens and sticky notes.  I would organize all of my folders and prepare my backpack.  I would count down the hours till my friends would be reunited.  I would be eager, excited, and enthusiastic.  This year, I felt all of those things.  However, there was also a lingering feeling of fear.

Along with my peers who have decided to enter the work force after graduation, I acknowledged that Tuesday, August 25th 2015 would be my last first day of school.  And this thought terrified me.  I would never feel the energy in the air of students returning to campus.  I would never tackle hug my best friends as they walk through the dorm doors with huge suitcases in their hands.  Worst of all, I would never buy new school supplies. As the day approached, these thoughts continued to dwell in my head.

I woke up on Tuesday feeling anxious.  As I continued, my day I began to notice underclassmen trying to find their classes, friends reuniting across the quad, all the same things I had experienced in my time at Notre Dame.  I was comforted by the fact that I connected with these people and that my last three years have been so rich in community and learning.  I am so thankful to have met such inspiring people and would genuinely call Notre Dame my home.  As I continue my senior year, I hope to keep these thoughts at the forefront.  I hope to live in the moment and appreciate every aspects of my last year.  I will not let the fear of an end spoil my time, but reflect on my past experiences and embrace what is yet to come in this new year.

And so, the following are a few things I am most looking forward to in the new year:

1.      Candlelight dinners at South Dining Hall after the football games.  Nothing better than mood lighting, Frank Sinatra, and a bowl of SDH mashed potatoes.

2.      The leaves changing colors and the campus becoming an autumnal wonderland.

4.      Playing Christmas music with the Handbell Choir in the South Dining Hall lobby.

6.      Living with my friends in Welsh Fam, also known as the best dorm on campus.