On June 14th, labor strikes, some of which turned violent, erupted throughout major French cities, including Paris. At my summer office in Montparnasse, we were situated in the middle of the action. 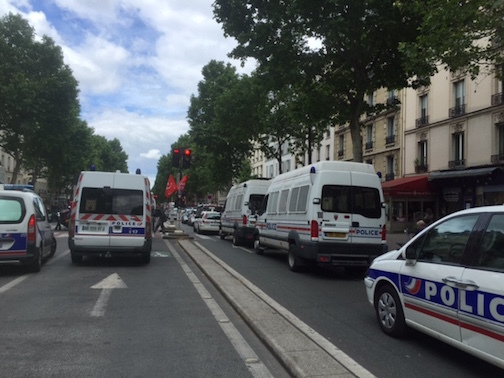 “Grèves" or "manifestations,” also known as strikes and protests respectively, are both commonalities in France and its capital particularly. Residents are keenly aware of the constant struggle these labor strikes can bring, such as closed metro lines, disrupted AirFrance flights, and canceled SNCF trains. While this is an inconvenience to say the least, both labor strikes and protests are posted in advance, giving residents the opportunity to plan ahead while taking thousands of tourists by surprise every day.

The most recent manifestation, June 14th, was extremely widespread, and unlike typical protests, some masked protestors employed violence, as windows were shattered in government businesses and small smoke bombs were thrown. Luckily for me and the rest of the employees at ARCAS, police barricaded our street because it was under construction, which could have led to more injury if a riot were to break out. This literal protective shield surrounded by armed police gave us the opportunity to get a look of the march along Boulevard du Montparnasse. Over six people were arrested and at least 2 were injured during the protests in Paris alone. 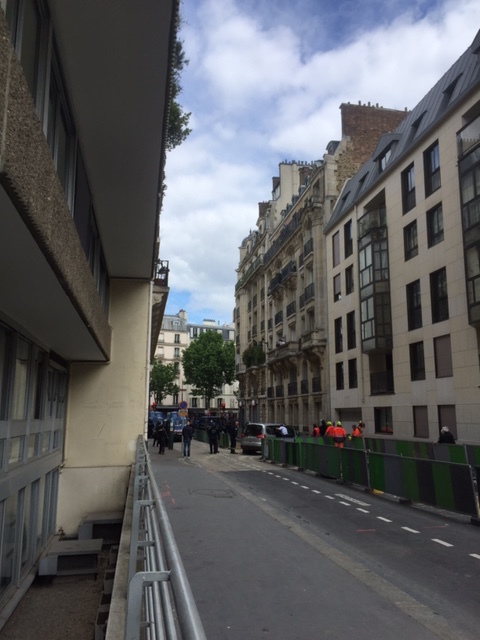 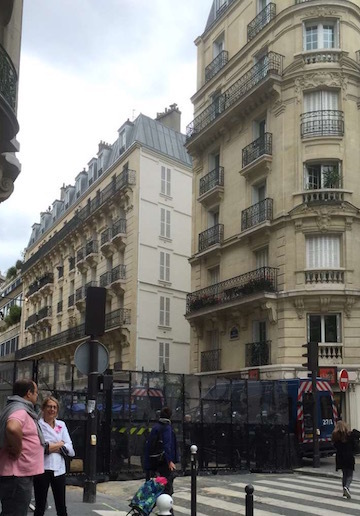 President François Hollande, with the support of the French government, has recently proposed new labor reform laws aimed at ameliorating unemployment, which has plagued France in recent years. Economic experts have proven in multiple studies that France’s stringent laws limiting lay-offs has actually increased unemployment, as backwards as that may seem. As a result, Hollande’s new proposal would make laying off employees and hiring easier for businesses. Generally, the France “Work Code” of labor regulations would be loosened by these reforms, which could lead to a longer workweek. While the logistics of the proposed labor reform bill are complicated, those who work for the French government are assured that change will soon take place.

Watching the large protest with my French coworkers was eye-opening because they all agreed it was one of the largest protests they had seen before in Paris. They also seemed surprised that similar protests are not common in America. While I have experienced the outcome of labor strikes, like canceled trains, it was an intriguing new experience to be physically present during a manifestation at this time in French history.