For me, one of the worst feelings in the world has always been leaving Paris. Although I have visited on numerous occasions, the sentimental feeling still hits me like a tidal wave each time I depart. But after spending over 10 full weeks in the capital of France, saying goodbye this time has been particularly difficult. It is comparable to that of leaving a loved one at the airport or saying goodbye to friends at the end of the school year at Notre Dame.

I am incredibly grateful to have been given the opportunity to intern in such an amazing place all summer long, which makes saying goodbye so difficult. Prior to this June, I had never worked in an architecture firm before, and I was intimidated to begin my first official job in a foreign country. However, I was warmly welcomed by everyone in the office, despite my shyness and hesitancy in speaking French. I already miss my bosses, coworkers, and fellow interns dearly.

These past 10 weeks I have developed as a designer, an artist, and as a francophone (or “franglophone” in my case). In the office, I refined my freehand drawing skills, collaborated with coworkers, and learned new watercolor techniques. Socially, I developed friendships with interns from France, Italy, and Belgium, and I was able to learn more practical French, like words and phrases commonly used but not taught in US textbooks. And most importantly, I am more motivated than ever before to continue pursuing a career in the architecture field. 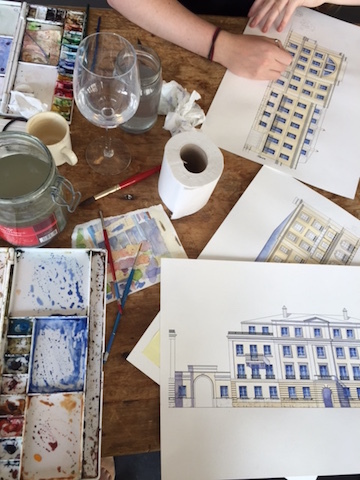 Whenever my friends and family asked me in the past if I would ever consider moving to France, I never really took the thought seriously, and I usually replied with a shrug of the shoulders and a phrase like, “No, probably not, that’s crazy!” However, after actually living alone in my own apartment and working in Paris full-time, I have realized that it is possible to take the plunge. Now I can honestly see myself living in Paris as a young adult or recent graduate. What was once an outrageous dream is now my newest and grandest goal.

This opportunity would have never been possible had it not been for the extensive Notre Dame alumni network. Thanks to 2012 graduate Matthew Brown, a handful of Notre Dame students in the School of Architecture are granted the opportunity to work with ARCAS every summer. As it is rare to learn the skill of watercolor rendering in France and Europe in general, ARCAS loves to employ summer interns from Notre Dame who can bring their designs to life using the unique trade.

Again, I am beyond grateful to have been presented this opportunity to intern with French architects in Paris. It’s amazing what a conversation with a Notre Dame alumni can lead to! 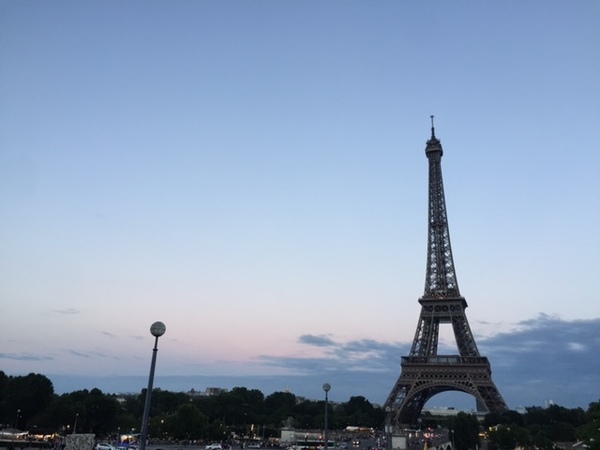