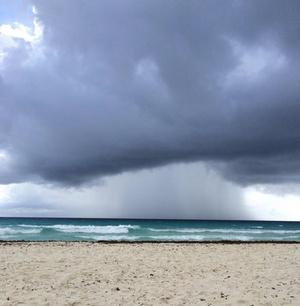 Cancún: I would recommend it. Then again, anywhere else with a beach and nice weather would probably be a good thing, too. Yet, to my surprise, rain still happens in Cancún. On the second day there, we were laying out in the sun and then all the sudden this dubious thing started creeping across the ocean. “It’ll dissipate!” I said.

One hurricane later, and we were in our hotel room watching strange cartoons dubbed in Spanish. The next day, I was feeling a little edgier and decided that I was going to sit on the shoreline by myself and watch the storm as it came in. I had this vision that I was going to face the incoming Atlantic storm with arms wide open. It was going to be straight out of an award-winning drama (Cast Away, in retrospect); but after the first firing of rain bullets, I was running like heck back to the resort - all good and ready for some more cartoons.

On the bright side, Cancún was as advertised for the next five days – endless amounts of sunshine. For 90% of the time, we did a whole lot of nothing; but for the other 10%, we did zumba, yoga, and an excursion that involved ATVs and ziplining. There were also plenty of peacocks roaming around the resort, and unlike the crows and pigeons, I have a theory that they had been strategically placed – many of the vacationers, including my friends, couldn’t get enough of them. 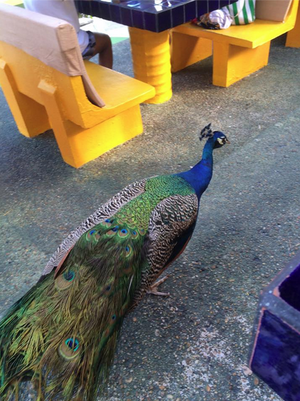 Regardless of the sunshine and birds, this trip was great because I went with some great friends, both from my dorm at Notre Dame. We also ran into another group of ND students vacationing and got to meet some new people along the way. At the end of the day, I left with two friends and a few sundresses/swimsuits and came back with mostly all of that. Overall, I’d call it a successful trip and never a bad idea.