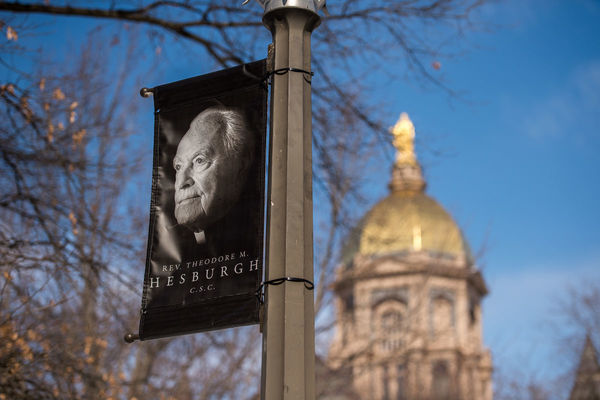 The Notre Dame Family mourned the passing of Rev. Theodore Hesburgh, C.S.C., during the week before spring break. Fr. Ted served as University President and helped promote justice and equality around the country through his service in several presidential and papal appointments. Despite his many achievements, he remained a humble man, a friend to many and a priest to all.
Although I met Fr. Ted only a few times, the warmth and depth of his conversations were always particularly striking. It seemed that he often had something personally relevant to say to each individual, blessed as he was with the rare gift to seamlessly identify with others.
Don Smail ‘78 shared a touching anecdote with members of the Notre Dame Club of San Joaquin, a fledgling association of alumni in the Central Valley of California, regarding a visit with Fr. Ted:
“I had the great joy of spending time with Fr. Ted in his library office last October. He was sharp and vibrant as ever, asked about our alumni in Northern California, and even gave me some advice. I mentioned to him that our club had been reorganizing, and he gave me his blessing. I told him there was some discussion about changing the name to Stockton-Modesto or some other geographic reference. He looked at me sternly and said: ‘Well you know, San Joaquin was Mary's father... I think the name is just fine.’ Case closed.”

Having been raised in Stockton, I felt a sudden rush of pride after reading Mr. Smail’s story. It was amazing in my mind to think that Fr. Ted had given special thought to the Notre Dame Family in San Joaquin County, an area known more for its emerald fields of asparagus than the amount of students it sends to study under the Golden Dome. His trademark Marian devotion is revealed by his humorous quip about St. Joachim (San Joaquin), an endearing trait at Our Lady’s University. 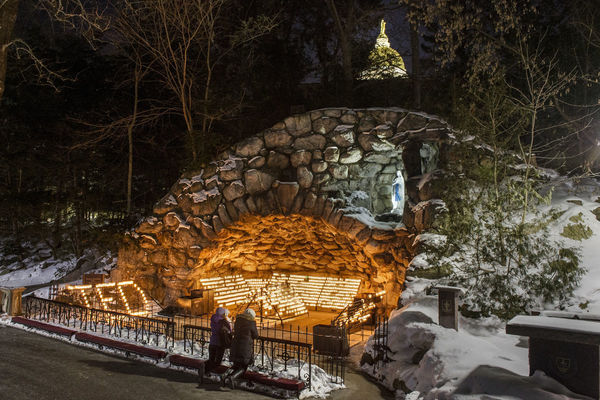 It was at that moment that I felt as though I had gained a parting gift from Fr. Ted by way of Mr. Smail’s experience, a passing wave from the man who made Notre Dame a more intimate place for generations of students.