After living, studying, eating, and traveling in Rome for over nine months, I finally flew back 'across the pond' to America. While the reunion with my friends, family, and pets was incredible, I began to feel a bit down in the dumps after just a couple of days. I had always heard about culture shock and had even been warned of “reverse culture shock,” but I never imagined re-adjusting to the country I lived in for over 20 years would be difficult in any way. 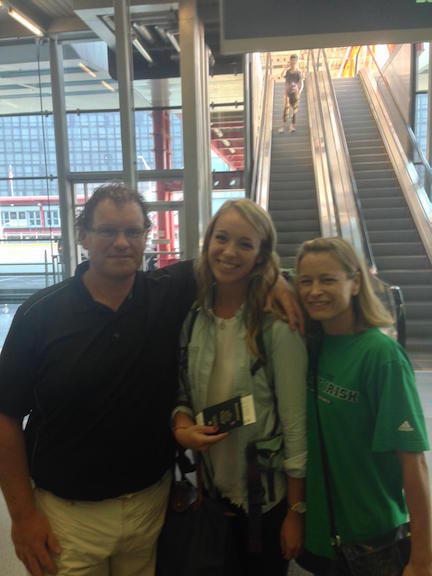 To enlighten myself more on the topic of reverse culture shock, I did some research on the US Department of State official website. Apparently, this phenomenon has been studied more than I originally thought! According to the US Department of State, reverse culture shock is a type of cross-cultural adaptation stress which can cause both mental and physical symptoms, including exhaustion, depression, and withdrawal. These symptoms are nearly synonymous with those experienced in the original culture shock and eventual adaptation to a new country.

Before experiencing any psychological distress upon re-entry, I noticed all of the blatant physical and cultural differences between Italy and Indiana - one of which occurred in Walmart. As I walked down the seemingly endless aisles, I was incredibly overwhelmed. When I finally found the cream cheese, I just stopped and stared. "Is it really necessary to sell over ten different flavors of the same product?" I thought. I immediately recalled the small grocery store, Carrefour, a block away from the Rome Global Gateway. While the store was miniscule compared to Walmart, it still sold everything I ever wanted. It seemed that Walmart epitomized over-indulgence and materialism, two known negative qualities of American culture.

I became critical of my home country in several ways, and I began making many comparisons between Italy and America subconsciously. Readjusting to the little daily occurrences, such as driving instead of walking and living without the convenience of cheap cappuccinos, has been a minor adjustment. 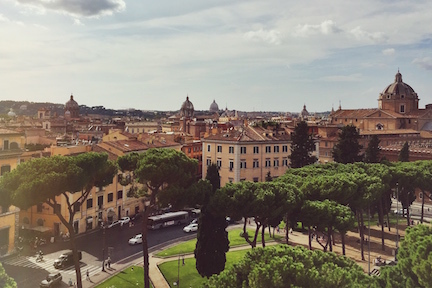 Because I struggled to communicate with the locals of Rome, who spoke very little English, I was unexpectedly pleased to have the ability to talk to anyone once again. Personally, I have never been the type to strike up conversation with strangers, yet I found myself enjoying conversation with others I hadn’t met before in public. It feels good to no longer be the “outsider” walking on eggshells as to not offend anyone or say something with the wrong accent or incorrect grammar. 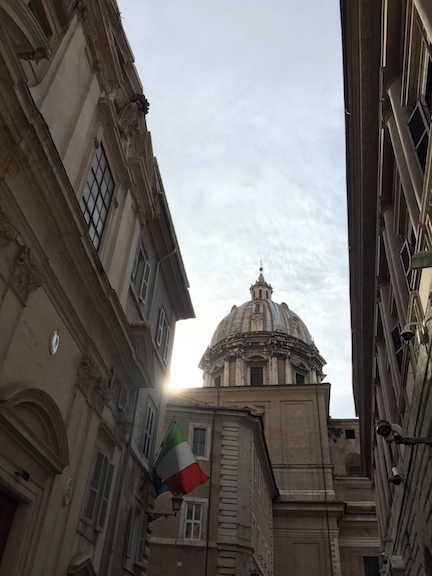 It is safe to say that my 9 months spent in Rome have had a profound affect on me in a multitude of ways. While attending a mandatory Student Safety Summit for Notre Dame students traveling abroad, one of the speakers noted that living in a foreign country will “change you in ways you can’t even imagine yet,” including the way you interact with others, how you dress, what you eat, and how you perceive the world. At the time, before living abroad, I thought to myself that nothing could influence or sway my sense of identity, let alone the way I dress!  However, those words have stuck with me, and I believe the speaker was spot on!

While my experience in reverse culture shock is a unique adjustment of its own, it is proof that I successfully adapted to a culture outside of my native land of America.