Last year, I attended the ScreenPeace Film Festival put on by the Kroc Institute for the first time and wrote a blog post about the film I saw. These films are all critically acclaimed and deal with a wide range of global concerns from all regions of the world. This year, I had a chance to go to 3/6 of the showings for SPFF 2016, which were all free at the DeBartolo Performing Arts Center here on campus. 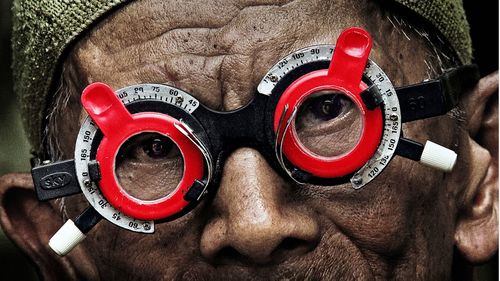 The Look of Silence

The Look of Silence is a companion piece to Joshua Oppenheimer's The Act of Killing, which was nominated for an Oscar in 2014. The Look of Silence, which wasn't officially released until after the ScreenPeace Film Festival, has also been nominated for an Oscar this year. This film shows current day footage of the perpetrators of the 1965 Indonesian Genocide while a family of survivors finds out who killed their son and brother.

An interview with the director reveals how he was surprised by the pride and boastfulness of the perpetrators as they talk, in detail, about their killings. He says, "My God, it's like I've wandered into Germany 40 years after the Holocaust only to find the Nazis still in power." Admittedly, I was never aware of the Indonesian Genocide before watching this film, let alone that the perpetrators are still in power. It became apparent throughout the film, that since they still hold power, they see themselves as heroes - that's why they are so willing to talk about their participation in mass killings.

Oppenheimer says, "There are areas of human experience that I feel are so profoundly out of joint that we must go there and tell the truth." And he does through this film. 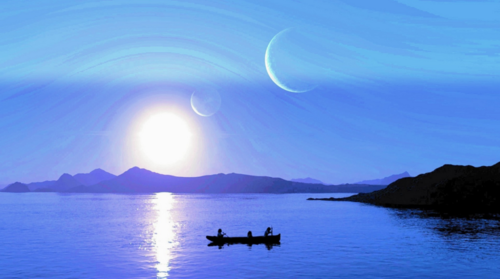 "The ocean contains the history of all humanity. The sea holds the voices of the Earth and those that come from outer space. Water receives impetus from the stars and transmits it to living creatures. Water, the longest border in Chile, also holds the secret of a mysterious button that was discovered in its seabed. Chile, with its 2,670 miles of coastline, the largest archipelago in the world, presents a supernatural landscape. In it are volcanoes, mountains and glaciers. In it are the voices of the Patagonian indigenous people, of the first English sailors and also those of its political prisoners. Some say that water has memory. This film shows that it also has a voice."

The Pearl Button interested me because it centered around the memory and water of Chile, which I visited last summer. I ended up going with a friend who had studied abroad in Chile, and both of us had spent time there learning about the political prisoners of the 1960s. The film not only told the story of Chile's past, but also had great cinetomography of the Chilean landscape. 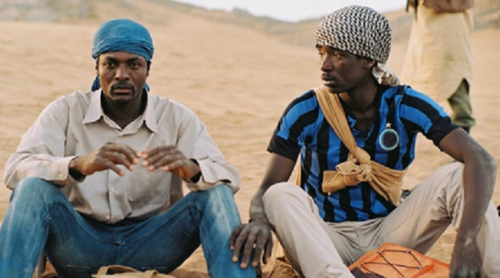 Mediterranea was a film about an immigrant finding his way in Italy. The movie itself was rather disorienting which, we were told, was on purpose so that we'd feel the disorientation felt by immigrants in a new country - especially when they aren't necessarily wanted by the local people. I wanted to see this film and learn more about how migrants travel and cross the Mediterrean into Europe.

In short, I appreciated these films even if they made me feel uncomfortable. At times, I felt pretty down about humanity and the reality that I don't often know about and definitely never experience. Still, I would recommend checking out these films to anyone who will be on campus for ScreenPeace Film Festival 2017.