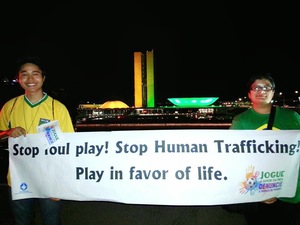 From the rural twang of música sertaneja to the gentle murmur of afternoon siestas, the rhythm of Brazil is a blend of the tropical vivacity of samba and the careful notes of fado, a fantastic fusion of cultures. The country beats with the pulse of natural beauty which finds expression in the joyful demeanor of the people who call this place home. Brazil is more than a geographical region. It's a state of mind, a catchy tune that proves unforgettable, a siren song that delights more than deceives. It’s no wonder that I had to go back.

Alongside fellow senior Karin Miranda, I participated in the Center for Social Concerns' International Summer Service Learning Program (ISSLP) this past summer. During the summer, we were two of over 50 students that were sent abroad to share in the life of various service organizations around the world. South Africa, India, and Brazil were some of the many sites which welcomed ISSLP participants for an 8 week formative experience of cultural immersion. We were invited to volunteer at the Centro Scalabriniano de Estudos Migratórios (CSEM), an apostolate of the Scalabrinian Missionary Sisters in Brasília.
Having studied Portuguese in Campinas last summer, I was already familiar with Brazilian customs and cuisine. My previous experiences in Brazil enabled me to feel at home during my second visit to the country of surf, sand, and samba. Our summertime work consisted of translating documents for Revista Interdisciplinar da Mobilidade Humana (REMHU) and conducting pastoral work with a women’s group in Nova Colina. We also were able to attend a workshop on human trafficking and participated in the “Play in Favor of Life – Denounce Human Trafficking” March on the eve of the World Cup.
Another exciting aspect of our work was translating prayers for Mother Assunta Marchetti's upcoming beatification in São Paulo later in the year. Mother Assunta helped found the Scalabrinian Missionary Sisters, a congregation native to Brazil. She labored amongst the orphans and Italian immigrants and is venerated for her apostolic zeal and dedication to prayer.
The ISSLP is a competitive CSC initiative involving a reflective application and interview process. Over one hundred students apply for positions within the various volunteer sites in Asia, Africa, and South America. Selected individuals are then registered to take a Social Concerns Seminar on international issues, a semester-long course which will prepare them to serve communities through a positive understanding of Catholic Social Tradition. The class helps students to approach their service work from an informed position since they study the political, social, and economic factors which influence the country to which they will be traveling.
After the completion of our ISSLP experiences, we received 3 credits in theology and attended a series of debriefing sessions in order to help us better understand the fruits of our summers abroad. 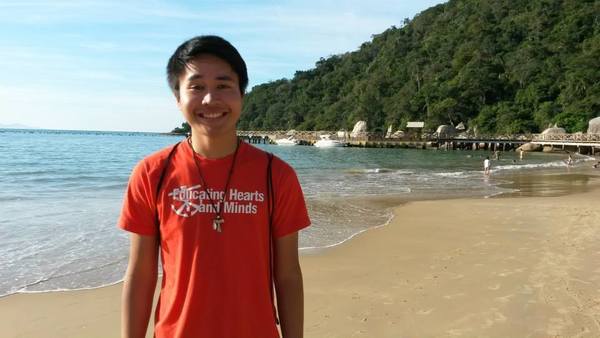 My time in Brazil was a period of prayer and discernment interspersed with memorable moments at two World Cup games and parish festivals. It was a blessing to have been sent not merely as a humanitarian worker but as a missionary called to share Notre Dame’s philosophy of educating the mind and the heart.
If you enjoy traveling and service work, then you are the perfect candidate for the ISSLP! Learn more about the ISSLP here.