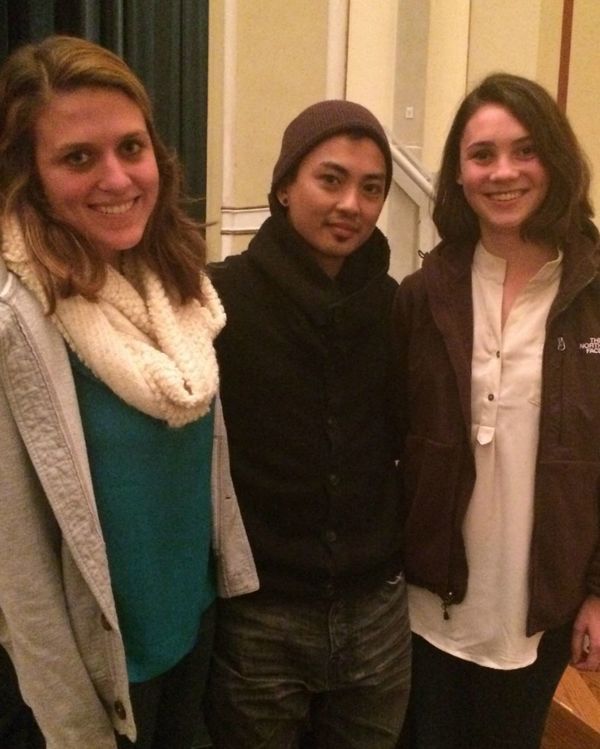 Being on the Student Union Board gives me the opportunity to do things that other students don’t normally do. We plan, book, and bring different speakers and entertainers to campus for the rest of the student body. As Ideas and Issues programmers, my group and I look for speakers who speak/perform about things that will enrich our minds as students. We also try to group up with other cultural clubs on campus to make the event as well attended as possible and as well known to students.

This past week, we brought the Asia Project to perform in Washington Hall along with the MSPS Stand Against Hate poetry slam and ND Spoken Work club.

The students who performed with Stand Against Hate spoke about very personal topics that had affected their own lives, and you could tell that these topics were near and dear to their hearts. The topics ranged from body weight, cures for illnesses, speaking up, speaking out and changing the world with a pen.

ND Spoken Word also spoke about similar topics. The most memorable poem was about stereotypes of women and how people think that certain clothes that women wear are asking for the treatment that they get.

When the Asia Project came on stage, I was not prepared for the poems that he gave. The main speaker was Asia Samson along with his brother-in-law Jollan, who played the guitar. Whenever we are in school, they are working and whenever we are on vacation, they are on vacation. (Seems like a pretty nice job to me.) He took us on a journey throughout the entire hour he was speaking. He opened with poems about women being worth more when they are in a bad relationship and a poem called I Love You like the 90’s, which was hysterical.

He called life a coma. It's something we can get stuck in, himself included. In 2006, Asia was diagnosed with cancer, and he felt that at that moment he had not lived. He decided that if he got through the cancer that he would quit his job and stop wasting life and start living it. He survived his cancer and quit his job. This is when his career really took off. Everyone started calling. HBO, BET, and more. He has been cancer free for eight years. He wrote a poem about his journey through cancer and his inner debate about going for his passions.

His third poem was probably the one that affected the audience the most. It was inspired by his sister’s death. While he was on vacation in 2012, his wife convinced him to go out and see his family in California. He said that the nice thing about being with his family is that they didn’t need to talk to each other all of the time. All they needed was each other's company.

One day his sister, who never leaves work for anything, came home from work complaining of her normal headaches. She went to the hospital after her mother expressed to her some worries and was told that she had a tumor in her brain but it was not cancerous. She awoke after the surgery and seemed fine, so Asia went back home. However, a few days later, a blood vessel hemorrhaged and she fell into a coma. She was pronounced brain dead, and they had to pull the plug.

He talked about how when you have time with someone, you need to cherish it and to never let a moment go by to let someone know how much they mean to you. The Awakening, the name of the poem, was so powerful that it almost brought me to tears. It was so personal to hear what his family went through. He used his words to create a picture. I could see his family in the hospital room crying and saying goodbye. I could see the tubes and IV’s in his sister's body. I could see her fiancé taking off her ring and putting it on his necklace to remind him of her.

His last poem was about our human body and how sometimes we feel that our bodies cannot do what we want. He said whatever we create is our masterpiece, and in fact, we are our own masterpieces. No matter what we go through, we are alive and we are here to live in the moment. I thought this last message really applied to us as college students because life in college moves fast. Before you know it, you’ll be a junior in college just like me. I have one year left, and I have no idea where it all went. Take time in high school to really embrace everything around you because before you know it, you’ll be in college waiting for a moment to slow down.