While walking outside my dorm to get a late-night snack over at LaFun (LaFortune Student Center), small white specks of dust gradually began falling from the sky. The inner Californian in me ran giddy with disbelief to realize that this would be my first experience with snow. 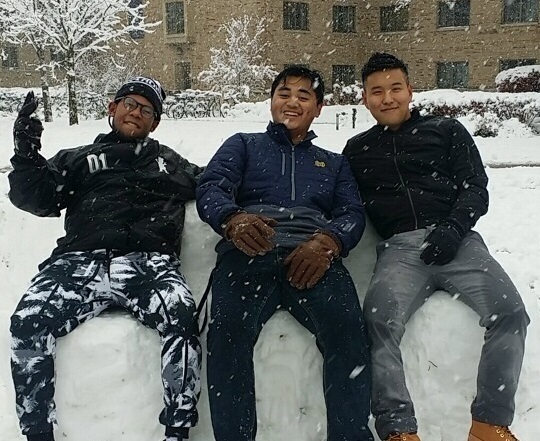 The first snow around Notre Dame is a very special occasion. Everyone takes time out of their busy schedules to spend some time outside – whether it be making snow angels, constructing elaborate snow structures, hurling snowballs at unsuspecting colleagues, or just admiring the campus’ winter beauty. It is almost as though the campus assumes a completely different identity. A childlike excitement washes over the entire student population, and you just can’t help but crack a smile or two. Winter, to me, has never really been associated with white, powdery snow. Instead, winter was always a time for fog, wind, and disappointment. Let’s just say that my part of California wasn’t exactly known for its cold weather. One could then imagine how surprising it was for me to see snow for the first time. I squealed with excitement as all of my friends from the Midwest looked puzzled at my enthusiasm. It was almost as if I was in an old-fashioned Christmas movie. The quads were capped with a pillowy layer of snow. The trees were colored white. And the sidewalks were frosted with a fine layer of ice and slush. The world around me quickly turned into the inside of a snow globe. 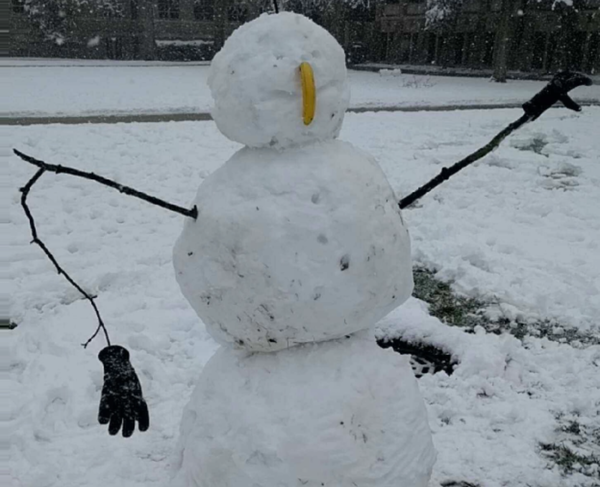 I, for one, decided to spend my time in the snow by gathering a group of friends and making a snowman. We rolled up large spheres of snow, piled them three-high, and used our Grab ‘n Go points to purchase a banana to represent his nose. Fredward the Snowman was a huge hit with everyone that passed by. Afterward, we got a bit tired, so we decided to craft a snow-couch and a snow-throne. We lounged around for hours, basking in our own winter wonderland and awaiting the festivities that would come about later in the day.

One particular tradition that everyone looks forward to is the campus-wide snowball fight. At the crack of midnight, North Quad assembles its force of highly-trained snowball experts to charge onto South Quad and claim the land for the North. However, South Quad fights back heroically with a barrage of snowballs and snow barricades. The fight rages on for hours until finally, one side prevails (or everyone gets tired and decides to go home).

There really is nothing like it. By attending Notre Dame, one is given the opportunity to experience the joy associated with all four seasons. Summer brings about sunshine and warm weather. Fall showcases the beautiful change in the leaves. Winter covers the whole campus with a beautiful shade of white. Spring marks the return of the sun, and the reemergence of the grass and trees. Amidst all of this change, however, one thing always remains the same. Every time you look to the sky, the Golden Dome continues to stand tall and shine with its signature gold glow.