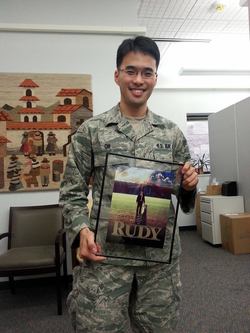 I’m the type of person that if I do something cool or noteworthy, chances are you will know about it, because I will tell you or find every possible way to creatively and “nonchalantly” refer to it in a conversation. I have this friend, though, named Seung-Jae Oh (he also goes by David), who has done plenty of cool and highly noteworthy things, yet I never would’ve known if I hadn’t asked.

First, I met David through a combination of playing in an Ultimate Frisbee league in South Bend and sitting behind him in a theology class. In class, we’d talk about Frisbee, and at Frisbee, we’d talk about class. Eventually it came up that he had been a freshman in ’08, which was confusing to me, considering it was now ’14 and he was an undergraduate.

It turns out David is a United States military veteran who originally came to ND as an international student in '08, did 3 semesters before withdrawing to volunteer for four years of service in the US Air Force. During this time, he was naturalized as a US citizen through MAVNI (Military Accessions Vital to National Interest) program. David came back to ND in the spring semester of '14 and has been pursing a degree in History with minors in Peace Studies and STV (Science, Technology, and Values).

David is a non-traditional student in that he is a few years older than his peers; there are very few veteran undergraduates at Notre Dame and other comparable schools. What also makes him sort of an anomaly as an undergraduate is the experiences he's had as a military cultural advisor. In that role, he performed duties such as educating US military personnel on Korean culture, translating military documents, and interpreting for training exercises between U.S. and South Korean special operations forces personnel. The following excerpt is a quote from David about his experience from an article published by the U.S. Air Force:

"I did both literal and figurative translation," Oh said. "Translating technical terms, jargon, and acronyms that (Republic of Korea) personnel were relatively familiar didn't require too much thinking. However, when they referred to ideas, people, events, or customs that were not well known outside the culture associated with the language, I added some background information to facilitate the communication."

Oh said he would translate/interpret the statement without making any changes, but then follow it up with some clarification based on his read of the speaker's intention.

"I also took care to ensure that this added information, which did not come from the speaker but from me, did not contradict the message being transmitted," he said. "Subtle nuances are difficult to get across in a different language, but I did my best to preserve them as well."

The first time I read this, I was amazed; having the fluency and understanding of two different languages and cultures and using this ability to serve in the military is quite the feat! 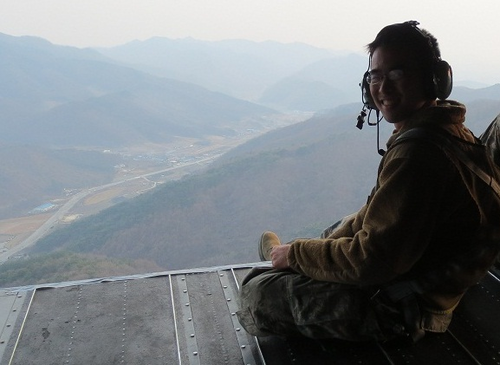 Finally, when talking about writing this post and reading everything that he’d done, I asked David what was the best part of his experience. He told me that, if he had to pick one thing, it would be how gratifying it was to be able to contribute to both his heritage country, South Korea, and his adopted country, the United States. Overall, I'm glad I got a chance to meet and talk to David about his nontraditional path at Notre Dame, because it shows me how easy it was for me to assume everyone here had a similar story. These are the kind of things that make me wish people on campus would talk more extensively about the great things that they do - tell me about your life! Until then, I'll just have to keep listening and keep asking questions in order to find more hidden stories like David's.