This year, the University of Notre Dame celebrated its third annual “Walk the Walk Week” to honor the work of Martin Luther King Jr. in a week-long series of events open to the campus community. 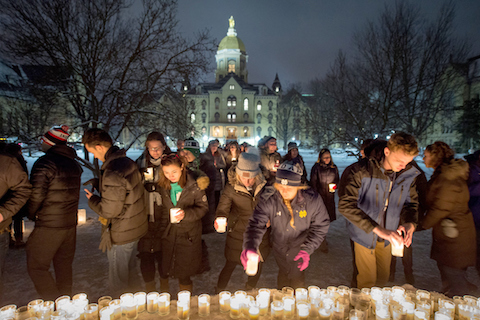 Walk the Walk Week kicked off on the Sunday before Martin Luther King Day, January 14th.  O’Shaughnessy Hall hosted a Modern Women’s Prints exhibit which displayed work from over 30 different female artists.  This exhibit is still on display until March 18th.

Additionally, the DeBartolo Performing Arts Center hosted a viewing of “Tell Them We Are Rising: The Story of Black Colleges and Universities,” an insightful story of the role historically black colleges and universities have played throughout American history, culture, and identity. 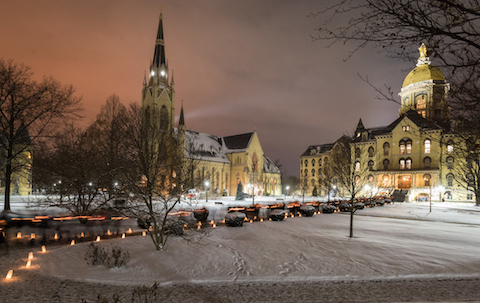 To commemorate the life of Martin Luther King Jr., a candlelight prayer service was held at 11pm, with post-event snacks provided by South Dining Hall.

A series of evening events were offered to the campus community following the first day of classes of the Spring 2018 semester.

Multicultural Student Programs and Services in partnership with the Center for Social Concerns and the Department of Africana Studies welcomed guest speaker Bree Newsome to present a workshop on mindful protests. She later gave a keynote address titled, “Tearing Hatred From the Sky."

Meanwhile in Geddes Hall, an Information Session was held to present a variety of Social Concerns Seminars, which create opportunities for students to engage in social analysis and work with community partners all over the world. 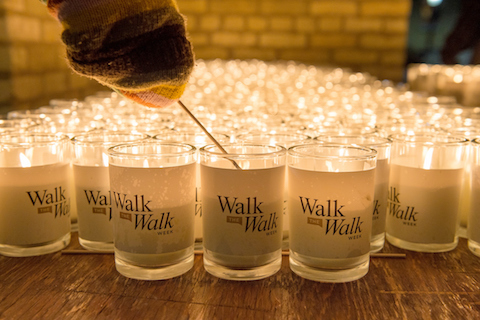 The DeBartolo Performing Arts Center screened another film, “1968: When the World Changed Movies and Movies Changed the World,” exploring the effects of the assassinations of Martin Luther King, Jr. and Robert Kennedy, the Vietnam War, an era of protests and national conventions, and the leadership of Richard Nixon.

The Snite Museum of Art hosted its monthly “Connections: Art, Community, and Action” event featuring the life of Dr. King which included a unifying drum circle and discussion on how art can bring beauty and healing to the world.

Additionally, the DeBartolo Performing Arts Center screened the documentary “Quest” about an American family living in North Philadelphia beginning at the start of the Obama legacy.  This film features the Quest family and their experiences living in poverty, and their transformative efforts to reshape their community through music.

The DeBartolo Performing Arts Center presented a live performance of “The Mountaintop” by L.A. Theatre Works. Imagining what could have happened inside the Lorraine Motel’s room 306 the night before April 4th, 1968, this experienced touring cast brought to life a pivotal point in history. 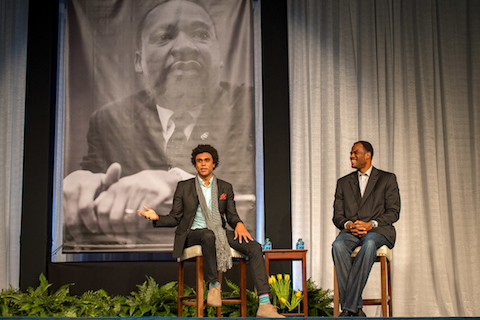 Walk the Walk Week at Notre Dame concluded with the annual “MLK Celebration Luncheon” sponsored by the Office of the President and the Oversight Committee on Diversity and Inclusion.  This free event was an opportunity for students and faculty to engage in campus-wide conversation.  Corey Robinson, former President of the Student Body, and his father, David Robinson, were keynote speakers.