This winter break, I went to Morocco and volunteered at AMESIP Center for Sports while living with a host family in the medina of Rabat - the capital of Morocco. I was able to do this by applying to a program called Projects Abroad, which set up both the host family and the volunteer program and also gave me a solid foundation just in case I ever ran into trouble. Also, it made my mom less worried – originally, I was planning on running around Morocco by myself, and that didn’t go over too well in my household. Anyways, there are other programs like Projects Abroad if you are interested in setting up your own safe travel and volunteer opportunities. If you want to do something like this, just look around and see which works best for you. Make sure you read reviews and talk to people that have done the program before, preferably one in the same country. That’s exactly what I did and everything went perfectly for me.

I’ll start by talking about my volunteer placement. I didn’t know what I was expecting from the kids – whether they’d be bored around me or only mildly amused. Being so, I delighted to come across some sheer competitiveness.

For one Moroccan girl, it didn’t matter that she was no older than 4 years or that her hair was braided and clipped with pink bows – she was there to win. I remember once softly lobbing the ball to her so her little hands could catch it, but an older boy on the other team intercepted it. As the steal was happening, she was shaking her hands and screeching, “Madame!!!” Right then I knew that I was being held to a higher standard – turnovers such as these were unacceptable. 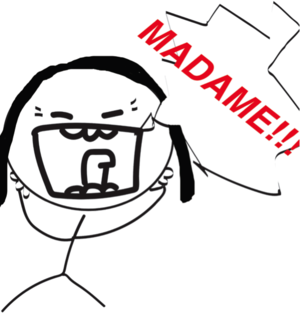 Now I should explain why she was calling me “Madame,” which is French for “Mrs” (even though I’m technically a “Mademoiselle” a.k.a. “Miss”). In Morocco, the first language is Arabic and the people speak a dialect unique to Morroco (Moroccan Arabic). The second language, though, is French, which is because of the colonization by the French that ended in 1956. Being so, the children were learning French in their classes and, because I was a white foreigner, they assumed that I should know French as well. Luckily for me, I taught myself enough French in the fall semester to go along with this. I could keep score using French numbers and understand when they were asking me my name (in French). This façade of me knowing French held strong until they wanted to play a game involving days of the week. In this case, another 4 year old gladly taught me the days of the week in French, and, as any good teacher, was patient with me when I made a mistake.

Even though these pre-schoolers might have had better French skills than I did, I’d have to say that my 20-piece-puzzle game was strong. It was such a joy to see the kids work together to problem solve, correct each other, and put the puzzle together, that I didn’t want to intervene with my honed puzzle skills. Instead, I’d give little bits of advice or, every now and then, put a piece in the wrong spot just to see if they’d catch it. When they did (and they almost always did), I got a disappointed, yet polite, “No Madame… no,” as they’d remove the piece and try it somewhere else. 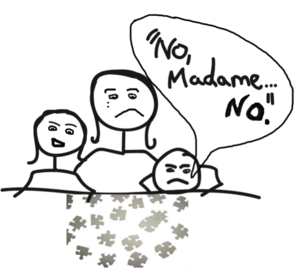 In general, I loved the energy that the kids brought every day and how welcoming they were. The language barrier wasn’t much of a problem, because I was mostly just playing simple games with the kids and joining in on their activities. Upon arriving, if it was in the middle of an activity, I was always immediately waved over by one of the kids themselves. In short, it was great fun, I had a good time, and I’d love to do something like this again. 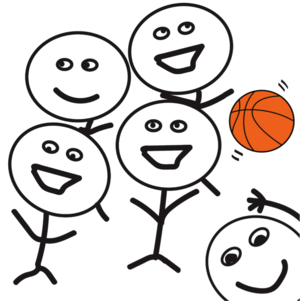